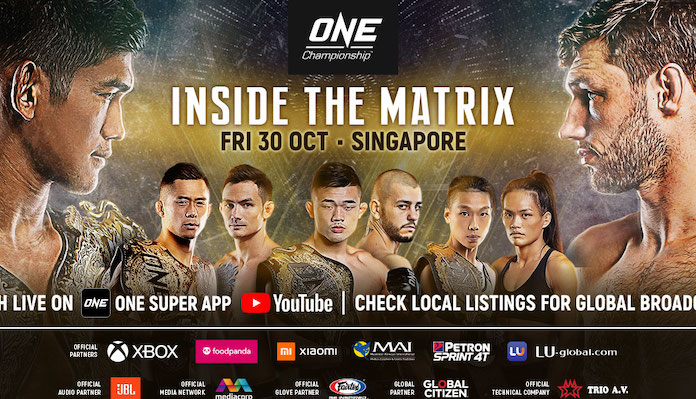 ONE Championship is headed back to Singapore with its biggest event of the year. ONE: Inside the Matrix happens on Friday, October 30, broadcasting live from the Singapore Indoor Stadium. It will feature four championship fights, for a total of six compelling martial arts bouts.

In the main event, reigning ONE Middleweight and Light Heavyweight World Champion “The Burmese Python” Aung La N Sang of Myanmar will defend his middleweight world title against undefeated top contender Reinier “The Dutch Knight” de Ridder of The Netherlands.

In the co-main event of the evening, ONE Lightweight World Champion Christian Lee of Singapore will make the first defense of his world title against Iuri Lapicus of Moldova.

Last in the evening’s world title offerings is ONE Women’s Strawweight World Champion “The Panda” Xiong Jing Nan of China taking on Singapore’s Tiffany Teo in a much-anticipated title rematch.

How to Watch ONE: Inside the Matrix

Full fight card For ONE: Inside the Matrix 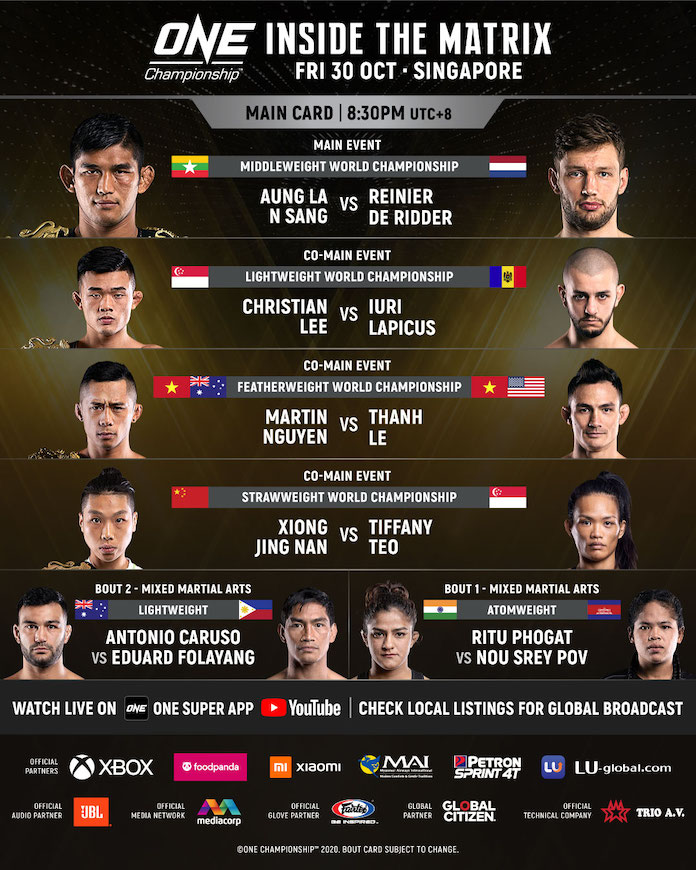