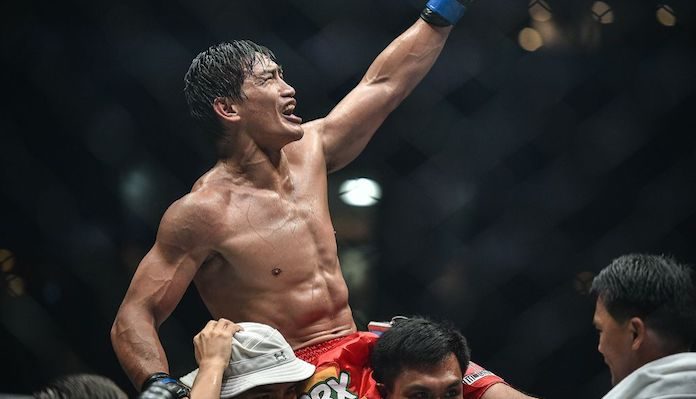 A veteran of the Philippine martial arts scene, reigning ONE lightweight king Eduard Folayang has been around the block.

For the past decade, Folayang has provided fans with countless thrilling performances against some of the fiercest foes in the business. One performance however, stands out from the rest.

Last November, in the co-main event of ONE: Conquest of Champions, Folayang took on the young Singaporean finisher Amir Khan. The bout was for the vacant ONE lightweight strap, and Eduard Folayang was laser-focused on his quest to recapture the title he had once lost.

“This bout for me carried a lot of significance because it was a chance for me to redeem myself,” Folayang said of the fight with Khan. 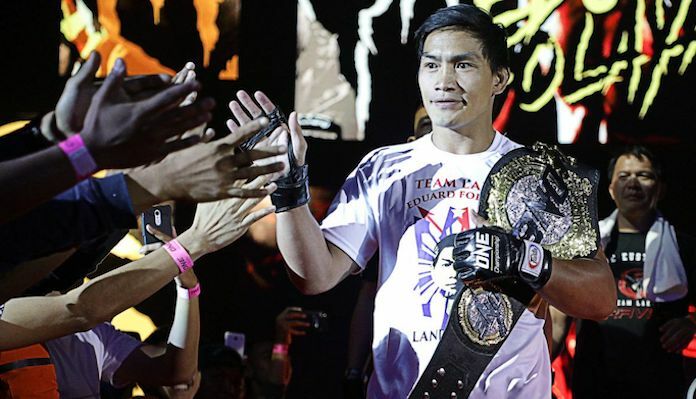 Folayang first won the lightweight title when he defeated Japanese legend Shinya Aoki via technical knockout back in 2016. After a successful title defense against Ev Ting in early 2017, Folayang took on Australia’s Martin Nguyen months later and was sensationally stopped via second-round knockout in front of his countrymen.

“I had lost the belt in the same place a year ago. To erase that painful memory, I knew I had to give the performance of a lifetime and win the lightweight title once again. Everyone was counting on me to win, so I could definitely feel the pressure.”

For athletes of Folayang’s ilk, however, pressure is rarely a factor. In this case, Folayang says the added pressure of competing on home soil coupled with facing a young and hungry opponent fuelled his drive to succeed.

The result was a spectacular performance, one that Folayang regards as his finest.

“Everything we had worked on in training was in full effect,” said Folayang.

“I was flowing, and our game plan worked perfectly. They say you’re only as good as your last fight, and this one is definitely hard to forget. It’s surely my favorite performance of all time. There have been a lot of memorable battles for me in the cage, but this one is fresh and it really has given me a sense of accomplishment.”

Eduard Folayang flowed beautifully for five whole rounds. He kept his younger foe at bay with his signature spinning attacks, and dominated the Singaporean with new techniques against the cage fence. It was a masterfully choreographed dance of destruction.

Khan, for the most part, was a willing dance partner. The 24-year-old Evolve MMA product certainly had his moments, and Folayang knew never to underestimate him.

“Amir is young and very talented. I knew I had to be at my best to win,” he said.

“He was always dangerous throughout the contest. His power was every bit as advertised. I was cautious in there, but my team and I had a plan and we stuck to it. It worked out very well for us.” 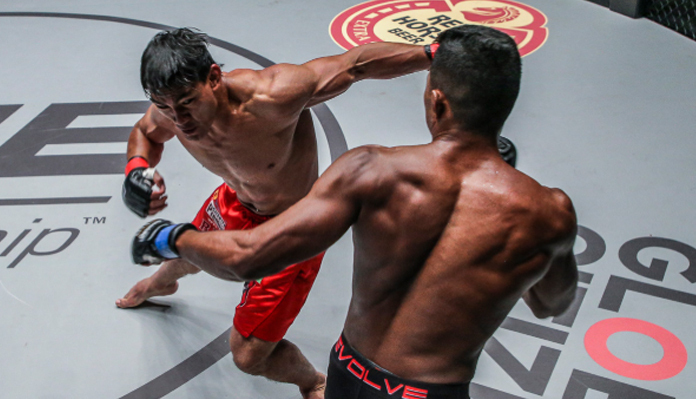 All three judges sitting cage-side and the huge throng of fans who came out to support their hero knew who would emerge victorious before the bell even sounded. It was a clear decision and one that would see Folayang accomplish what he set out to do.

After five hard rounds, Folayang’s hands were raised in triumph, the glimmering ONE belt wrapped around his waist, with fans chanting his name from the rafters of the Mall of Asia Arena in Manila.

For a few minutes, Folayang stood beside himself and just let it all sink in.

“All the hard work paid off. All the hours spent grinding in the gym, the time spent away from my loved ones — it was hard for me but it was worth it,” Folayang said.

“To bring honor and glory to my country, to inspire those around me, and to provide my family with the life they deserve, these are the things that are important to me.”

Back at the host hotel, Eduard Folayang celebrated with his Team Lakay brethren and head coach Mark Sangiao. They recapped what had transpired in the cage, including areas where Folayang could have done better. This gathering of minds has become somewhat of a tradition each time the Baguio City-based faction exits the cage after a long night of action.

“For the most part, everyone thought I did well, although there are certainly areas where I could have done better,” Folayang concluded.

“Every fight from here on will get tougher and tougher. We know this, and we are prepared to do what it takes to protect the belt. I’ve been here before. I know keeping this belt around my waist is harder than winning it. I’ll do the best that I can.”

Eduard Folayang is set to return to the cage at ONE: A New Era on March 31 in Tokyo, where he will attempt to defend his title against Shinya Aoki.