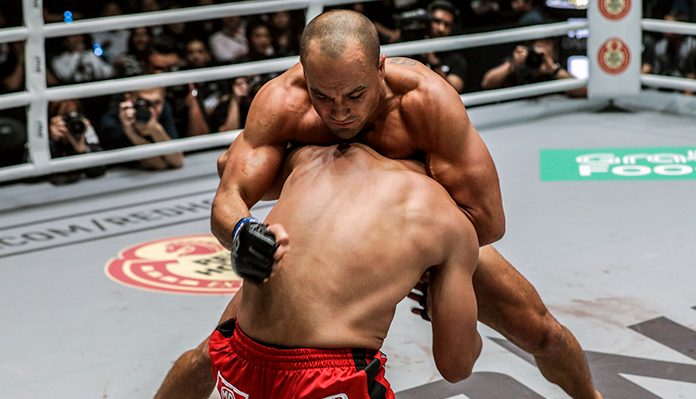 ONE Championship star Eddie Alvarez believes that he is the man who could dethrone Khabib Nurmagomedov in the UFC lightweight division.

Alvarez, who fought against many of the top stars at 155 pounds such as Justin Gaethje, Dustin Poirier and Conor McGregor, is currently 1-1 in his spell with ONE as he prepares to return to action in early April when he faces off against former title challenger Iuri Lapicus.

However, during a recent interview with Morning Kombat, Alvarez made it clear that he still thinks he could be the answer to Khabib’s undefeated record.

“Tibau had a great, solid gameplan, and he arguably won that fight. He was able to match Khabib’s strengths, he was able to throw good, straight shots, and he was able to negate a lot of Khabib’s wrestling,” Alvarez continued. “That’s what I’m able to do against virtually every opponent I’ve fought. Styles make matchup, and anybody who’s in this sport at a high level knows that. I just think that matchup in general would have been something special.”

While Alvarez may not have left the Ultimate Fighting Championship under the best circumstances, there’s no denying that he is one of the best lightweights in the history of mixed martial arts.

Nurmagomedov, on the other hand, seems to be enjoying his retirement, and it doesn’t seem as if anything is going to lure him back to the Octagon.

Would Eddie Alvarez cause Khabib Nurmagomedov some problems if they fought?