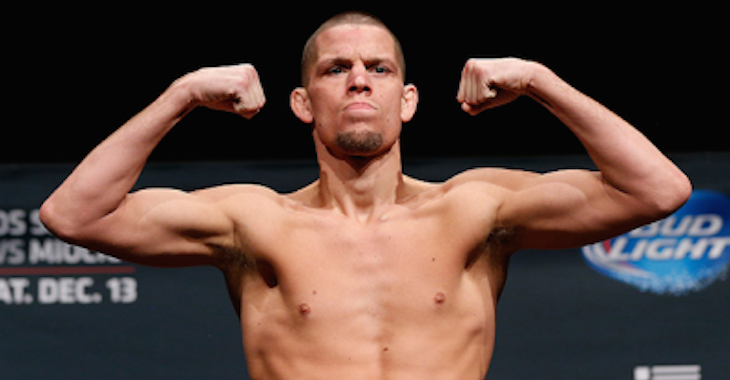 When it was announced that Nate Diaz was stepping in for an injured Rafael dos Anjos at UFC 196 on March 5th, many fans began questioning how good of shape Diaz would be in given that he took the fight on short notice.

While Diaz is undoubtably coming in on short notice, he will not be coming into the fight out of shape. UFC President Dana White spoke on LA Today to discuss the situation:

“Nate Diaz has been training for a triathlon,” White revealed. “Nate Diaz is in phenomenal shape right now.

“So he’s not coming in out of shape. He’s in phenomenal shape right now.”

How do you see the fight going now knowing this?