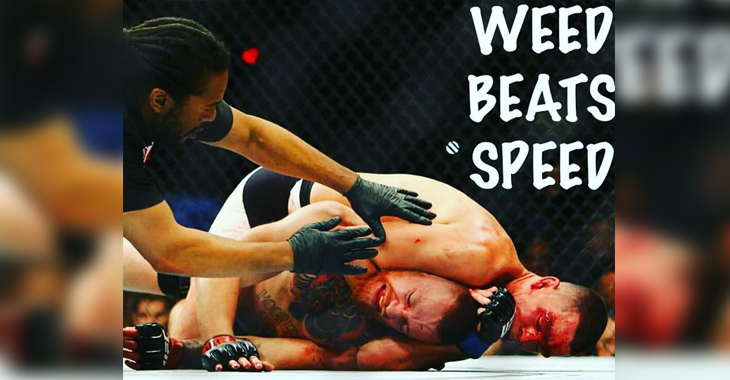 Nate Diaz is coming off the biggest win of his career after beating UFC featherweight champion Conor McGregor in the main event at UFC 196.

After the fight, many of Nate’s core fans were stoked to see that he got a new personalized bong.

Apparently Julian Marley, son of legendary reggae artist Bob Marley heard about Nate’s new piece and is a fan of the Diaz brothers. TMZ Sports reported that “The reggae star says he’s not one for bongs — preferring to keep it old school with big, fat Jamaican stogies … and wants to teach the Diaz bros to do the same, like real rastas do. Julian’s strain of choice … Lamb’s Bread.”

The Diaz brothers could be walking on thin ice by taking up the offer from Marley as Nick is set to get back to competition in August after being suspended from MMA after testing positive for marijuana in January of last year. Nate is reported to be fighting Conor McGregor once again in another big money in the main event at UFC 200.

Marley said that at the very least, he would like to have the Diaz brothers join him at one of his concerts. We’ll see if the boys from Stockton take up the offer.