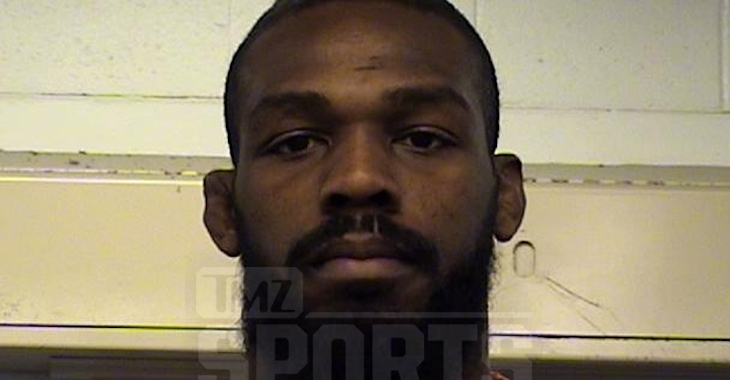 Yesterday UFC pound for pound kingpin Jon Jones revealed that he had been given 5 tickets. Among them were tickets for drag racing, and an illegal modification to his car’s exhaust. Jones was scheduled to appear in court on April 5th, just over two weeks before his UFC 197 title fight against Daniel Cormier.

While many wondered if Jones had violated his parole by receiving the 5 tickets, and how they would impact his UFC 197 title fight, TMZ has now confirmed that Jones has turned himself in to the Albuquerque PD at 10am today, and is being held in the county jail.

Below is a photo of Jones mugshot courtesy of TMZ.