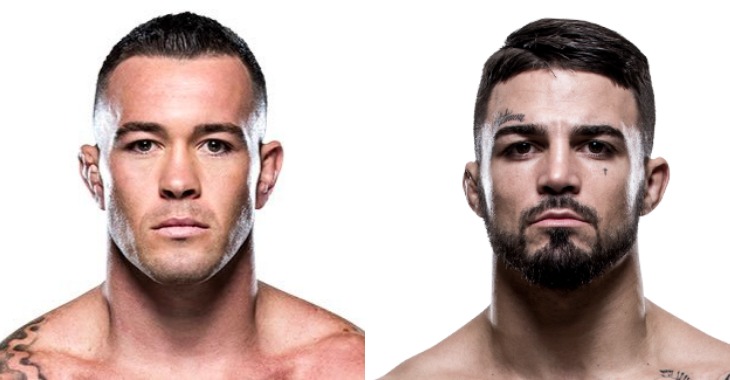 “Platinum” Mike Perry and Colby “Chaos” Covington are two of the brightest young contenders in the UFC welterweight division – and they really don’t seem to like each other. Over the last few months, the pair have exchanged plenty of heat in interviews and on social media.

On the latest episode of BJ Penn Radio, the trend continued, as Perry spat some fire at Covington, assuring that if Covington gets by Demian Maia on October 28, he’d like to fight him as soon as possible thereafter.

“Fuck him,” Perry said of Covington on BJ Penn Radio. “Get past Demian Maia first. I already told my manager, ‘yo, if he gets past Demian Maia, what’s up, tell him to turn around. Let’s fight in December.’ I don’t know if that’s too quick of a turnaround but if you want to get this money, let’s go.”

Perry also assured that if either Maia or Covington is injured, he’ll happily step in as a replacement opponent.

‘”If one of them pulls out, I’ll stay ready,” he said. “If some shit happens in the next month, dog, I’ll take some shit. I’m going to stay ready to fight. Short notice, like I said. I’d be ready for a three-day notice, 170. Call me. I’ll fuck Colby Covington up.”

No matter what happens, Perry’s thoughts on Covington are pretty straightforward.

“He ain’t got not fans,” he said. “Nobody likes his little bitch ass.”

When we last saw Perry in action, he levelled late replacement Alex Reyes with a second-round knee. This win was preceded by a knockout of the year contender over dangerous veteran Jake Ellenberger.

Who do you think wins a fight between Mike Perry and Colby Covington?