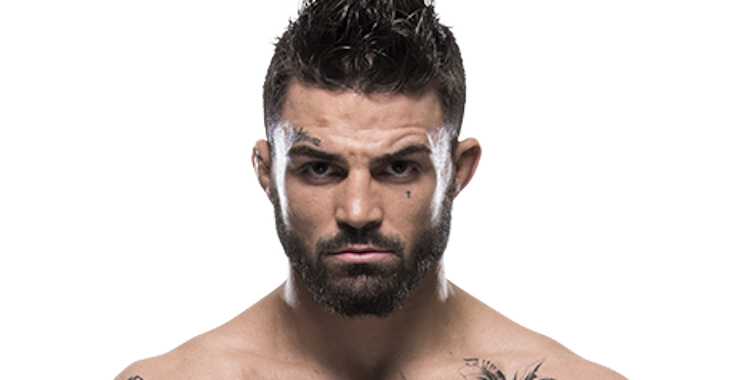 Last weekend, in the co-main event of UFC Fight Night 116, rising welterweight slugger “Platinum” Mike Perry authored yet another brutal knockout, this time putting down Alex Reyes with a rocket-fuelled knee against the cage.

Reyes, of course, was not supposed to be Perry’s opponent. Perry was originally expected to battle former UFC welterweight title challenger Thiago Alves on the card. It was only when Alves was forced out of this anticipated booking that Reyes got the call and agreed to step in against Perry on mere days’ notice.

On the latest episode of BJ Penn Radio, Perry explained that he is actually feeling quite inspired by Reyes’ willingness to take the fight on short notice. In fact, he now plans to follow Reyes’ lead, and accept pretty much any short-notice fight the UFC offers him.

“[The UFC knows] I will pick up the phone,” Perry continued. “If asked, I will say yes. So whomever, whenever. They need me to be there, [I’ll] sign on the dotted line, show up, be like a true professional, handle my business, and just keep climbing the ranks.”

“I’m going to stay close to [fight] weight,” he added. “I would fight today, I would fight tomorrow, I would do it the next day. I would do it whenever. You’re never truly injury free. You can get a cramp and pull a muscle. No matter how in shape you are, you do one thing wrong with a little oxygen in your muscles, something tears, rips, or strains, and you’re hurt before you know it. It’s just a matter of being smart and having a strong mindset, and being focused. I’m focused, so I can do it as soon as they call me. I’ll do anything, I swear.”

So there you have it. If Jorge Masvidal, Stephen Thompson, Demian Maia, Colby Covington, or any other top welterweight is forced out of an upcoming fight, it sounds like Mike Perry is ready and willing to take their place.