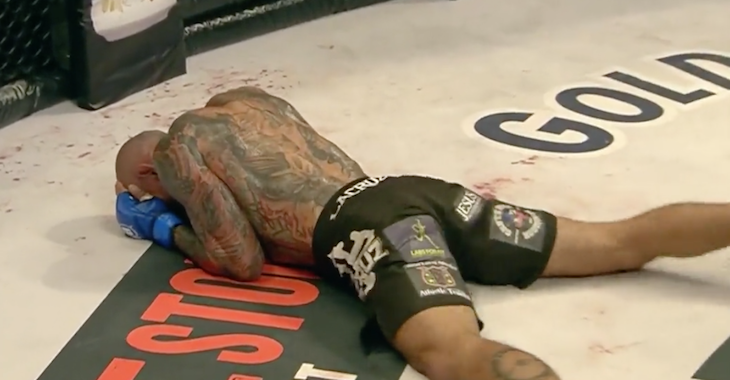 Friday evening at Bellator 158, Michael ‘Venom’ Page picked up yet another spectacular knockout as he knocked out Evangelista Santos with a flying knee.

The win was yet another impressive one for Page, who followed up the knockout by tossing a Pokeball at his opponent and throwing on a Pokemon hat.

In the wake of the bout, Santos revealed to MMAFighting that Page actually fractured his skull with the flying knee.

“I’m under observation now, and will have surgery in the United States. I had a serious injury, but Bellator is giving me all the support I need.”