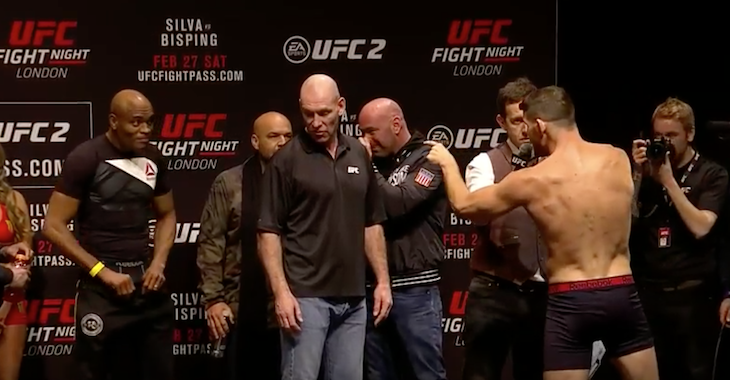 UFC middleweight contender Michael Bisping was “not surprised” when news broke that Lyoto Machida was forced to withdraw from this weekend’s UFC on FOX event in Tampa, Florida.

“The Dragon” was scheduled to battle Dan Henderson at the April 16 event, however Machida admitted to USADA that he had been taking a banned substance and was no longer eligible to compete.

The news clearly angered the brash British fighter, as Bisping decided to point out that a large percentage of top-ten middleweights have been caught for taking performance enhancing drugs:

My son @GmaCallum should be a lawyer. He said, if Machida didn't know it was a banned substance, then why declare it to usada.#Damagecontrol

Michael Bisping is coming off the biggest win of his career when he defeated former UFC middleweight champion Anderson Silva via unanimous decision at UFC London.

Who would you like to see “The Count” fight next?