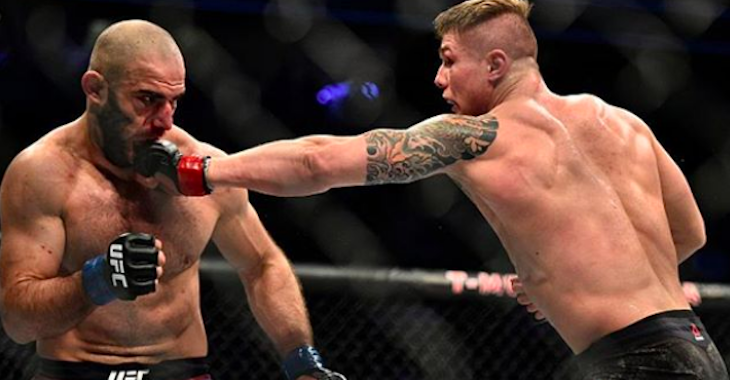 Last weekend on the undercard of UFC 219, Italian middleweight prospect Marvin Vettori stepped into the Octagon with Dagestan’s Omari Akhmedov.

The pair’s was a rousing, back and forth affair, during which both men enjoyed major moments of success, and in the end, the competitive nature of the this thrilling battle manifested itself in a majority draw.

While a draw is certainly better than a loss, it’s clearly not the result either fighter was hoping for. In the eyes of Vettori, however, the way he was treated post-fight was worse than the draw itself. In his opinion, he and Akhmedov deserved Fight of the Night honors – or at the very least a little love from the UFC on social media.

Put on a crazy fight..fucking got screwed with the decision, not even a picture or anything on the IG ufc acc..no FOTN or anything.
This is Bullshit @ufc @danawhite

While Vettori was clearly quite disappointed with the UFC’s reaction to his exciting fight, his spirits seemed to improve over the following day, as he promised big things to come in the new year.

The Italian Dream is unstoppable I break guys mentally and physicaly. My journey to the top has just started. #theitaliandream #ufc219 #lasvegas @dsquared2

They called it a draw, but i was born to do great things and this is just the beginning. 2018 im coming to take everything that is mine. Happy new year to everyone #theitaliandream #lasvegas

Do you think Marvin Vettori and Omari Akhmedov deserved Fight of the Night honors at UFC 219?