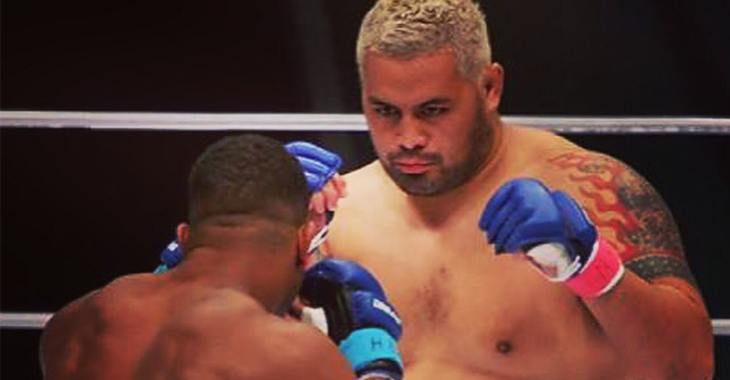 It looks like Alistair Overeem vs. Mark Hunt is a done deal as the UFC has announced the bout on their UFC 209 website.

The heavyweight bout is the first fight to be announced by the promotion for the UFC 209 event taking place on March 4 in Las Vegas, Nevada. It will be a rematch long in the making as the two first met in the Japanese DREAM promotion back in 2008. Overeem won the first match in the very first round with a keylock submission.

Interestingly when the fight was being reported to be in the works, Hunt made it clear on his website MarkHunt.tv that he would not be signing any contract to fight in the UFC unless there was a clause in the contract stating that if his opponent is caught using any banned substances, their fight purse would be forfeited to him.

“I will not fight without this clause. I’ve already fought 3 dopers in a row and I’m not going to fight again without security. All I want is a fair go and an even playing field.” Hunt said.

Since Overeem and Hunt fought in Dream nearly ten years ago, the two MMA veterans both found their way into the UFC and will square off in hopes of climbing their way up to a shot at the UFC heavyweight title.

Overeem had his shot at the UFC heavyweight title in his last bout, which was against the UFC heavyweight champion Stipe Miocic at UFC 203. It was a short but very exciting fight as Overeem caught Miocic early on in the round but the champion was able to recover and ultimately finish Overeem by KO late in the first round in front of his hometown of Cleveland, Ohio.

What are your thoughts on the matchup between Alistair Overeem and Mark Hunt? Will Hunt be able to get revenge and even the score? Give us your prediction for the fight in the comment section and let us know how and when you think the fight will end!