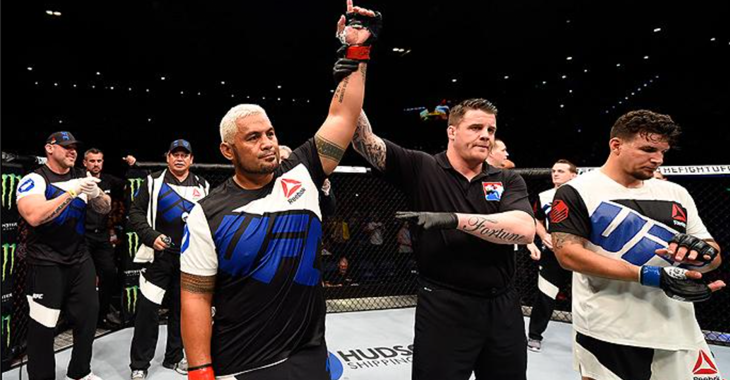 UFC 200 may be just over a month away, but many fans are still anxiously awaiting the announcement of one more big fight that UFC President Dana White hinted at.

With that being said, UFC heavyweight Mark Hunt revealed during a recent interview that he was asked to “stay ready” for UFC 200 by Dana White.

Hunt, who is riding a 2-fight win streak that saw him KO both Bigfoot Silva and Frank Mir, spoke to DailyTelegraph:

“I asked Dana about New York but he has other plans,’’ Hunt said. “Wants me fighting sooner.

“I’ve only just got back in the gym but my body is feeling good. So it could be UFC 200, who knows?”

“So I’m not allowed to say anything. But I have been told to be ready.

“It’s all a bit hard to follow at the moment but it seems I could be that fill in guy somewhere.

“You know, when somebody has a problem you call me. Mr Reliable.

“I’ll take a fight on a couple of days notice … (laughs) even if it means a thrashing.”

Who would you like to see Hunt fight if he’s added to the card?