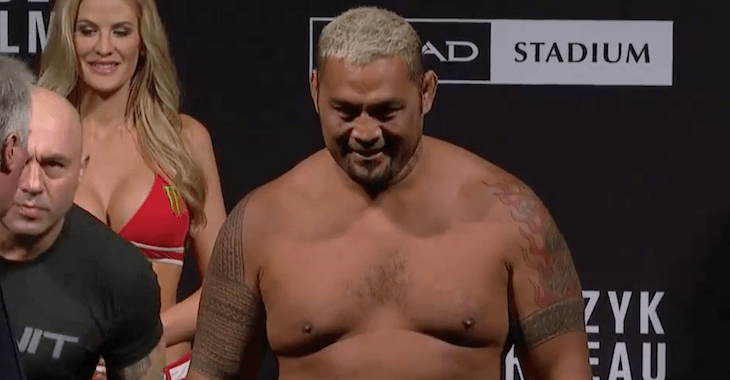 The fighters trade leg kicks for the first half of the round, obviously respecting the power of the other.

Hunt lands a big punch towards the end of the round that drops Bigfoot. Bigfoot curls up as Hunt pours on the strikes. The referee stops the fight and it’s a wrap!