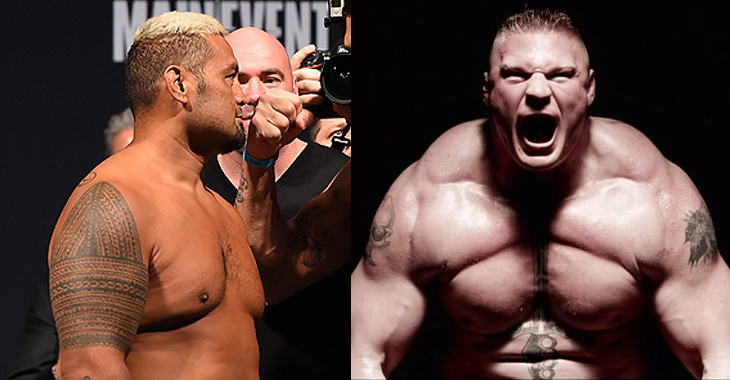 Mark Hunt is undoubtedly excited as he is set to take part in one of the biggest fights in UFC history.

Hunt was announced as the opponent for former UFC heavyweight champion Brock Lesnar in his return fight to the UFC.

Lesnar is currently signed with the WWE and has not fought since UFC 141 back in 2011 but has been given a “one-off opportunity to compete at UFC 200,” according to a WWE release reported by Jeremy Botter.

Who are you picking to win the heavyweight bout between Brock Lesnar and Mark Hunt? Share your pick with us in the comment section!