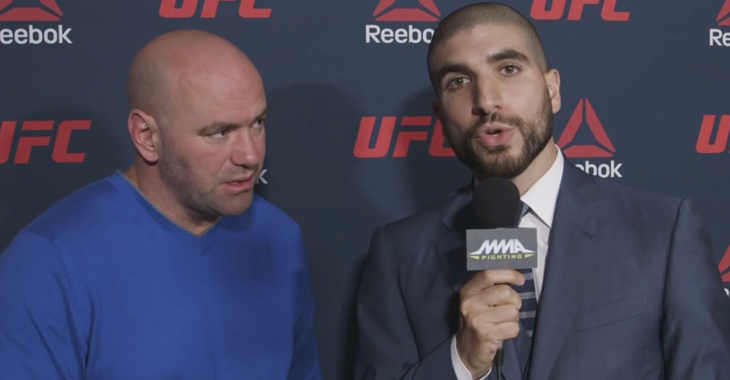 Many were shocked to hear that MMA journalist Ariel Helwani was banned from all UFC events prior to UFC 199’s main event bout between Luke Rockhold and Michael Bisping over the weekend.

Helwani broke the news that Brock Lesnar would be returning to fight in the UFC prior to the UFC making the announcement during the UFC 199 pay-per-view broadcast, which apparently didn’t sit well with the heads of the UFC.

UFC President Dana White was asked by TMZ about Helwani’s “lifetime ban” and White confirmed that it is the case. White said that Helwani will never receive another media credential, but can buy a ticket to cover the event if he wants.

White said, “as long as I’m here,” Helwani will not be granted a media credential. “He can cover all the events he wants, he just can’t have a credential.”

Helwani stated on Monday’s episode of “The MMA Hour” that things have previously gotten physical with the UFC in an attempt to do his job.