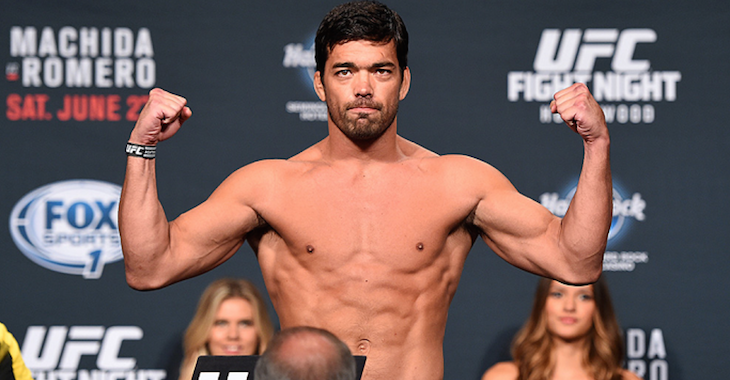 Earlier this year, former UFC light heavyweight champion Lyoto Machida was pencilled in for a middleweight bout with the now-retired Dan Henderson. The fight, which was scheduled for April’s UFC on Fox 19 card, would have been a rematch of a slow 2013 bout, which saw Machida walk away with split decision win.

Regrettably, Machida was pulled from this April rematch when he was flagged by the United States Anti-Doping Agency (USADA) for the steroid 7-keto-dehydroepiandrosterone (DHEA), which increases metabolism and weight loss and curbs the effects of aging.

In the wake of his failed test, Machida admitted to using a product that contained this prohibited ingredient, but claimed that he didn’t know the ingredient was on USADA’s banned substance list. Unfortunately, because 7-keto-dehydroepiandrosterone was listed on the product’s ingredient list, Machida’s case could not be deemed the result of consumption tainted supplements. To remind, this is what got top-ranked middleweight Yoel Romero off the hook for his early 2016 brush with USADA. While Machida was unable to blame tainted supplements for his failed test, he was granted considerable leniency for his cooperation. This cooperation influenced USADA to reduce his suspension from the originally planned two years to 18 months. This 18 month suspension is retroactive to April 8, which means Machida will be able to compete again in October of 2018. By that point, the former light heavyweight champ will 39 years old.

After a hot-and-cold stretch at light heavyweight, Machida opted to drop to middleweight in October of 2013. From there, he defeated Mark Munoz and Gegard Mousasi to earn a shot at then champion Chris Weidman. Despite a late-fight surge, Machida lost his fight with Weidman by unanimous decision. He then bounced back from this loss with a first-round TKO of CB Dollaway, before being stopped by Luke Rockhold and Yoel Romero in his two most recent bouts. He’s now 22-7 overall.

Do you think Machida will fight again when his suspension ends? Or is this the end of the road for the once dominant karate specialist? Sound off, PENN Nation!