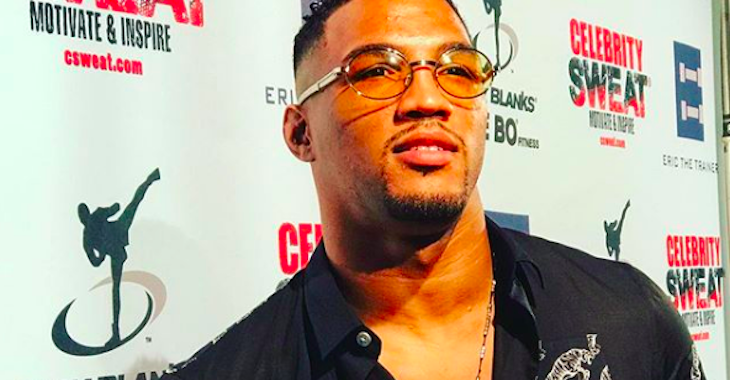 This Saturday, in the main event of the stacked UFC 216, Kevin Lee and Tony Ferguson will battle for the UFC interim lightweight title.

Lee will enter this fight on an applause-worthy 5-fight win-streak. Ferguson, meanwhile, will step into the cage with an even more impressive nine straight wins in his wake.

According to Lee, however, Ferguson’s division-best win-streak isn’t as impressive as it seems. In his opinion, Ferguson could have lost a number of his recent fights, and was decidedly losing some of them at some points.

“Tony is super aggressive. That’s kind of what he relies on. Even though you say he’s won [nine] fights in a row, I look at a lot of them and say, he could have lost a lot of those,” Lee said on the UFC “Unfiltered” podcast (via Sherdog.com). “He was getting getting his ass whooped by [Abel Trujillo], he was getting his ass whooped by [Rafael] dos Anjos….[but] I do give Tony a whole lot of respect.” Whether Ferguson’s win-streak holds water or not, Lee is determined to go out and expose the holes in his game this Saturday.

“He’s talking about training like a caveman,” Lee added. “There’s a reason why cavemen are extinct, they don’t last too long. I don’t think he’s filled the holes in his game. I’m gonna go out there and show those holes. “

Lee is also hoping that, with so many wins behind him, Ferguson isn’t taking him particularly seriously.

“That’s up to him. If he don’t want to, then he’s gonna see,” Lee said. “Because I’m taking it like the biggest fight of my life. I love easy money. I wish he wouldn’t [take me seriously].”