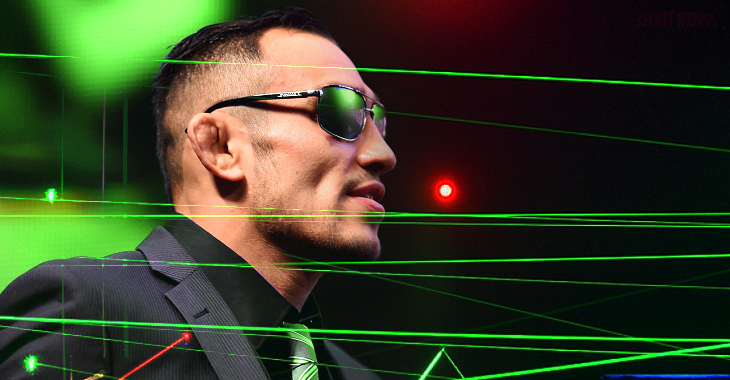 Let’s just take some time out of the ongoing beef with Kevin Lee, the post-traumatic stress of the fight with Khabib Nurmagomedov constantly falling through, and talk about Tony Ferguson’s training. You’re talking about a guy who is in a secluded camp right now in Big Bear that he built himself. Before that, he’s been tossing us little gems of elbowing a speed bag like most people punch it, crazy yoga pose type positions, and hauling a freaking heavy bag over his shoulder like a Continental soldier. What more wild stuff can this dude do? Add lasers. That’s what. Hit the Mission Impossible theme.

Tony Ferguson sliding and tumbling through a neon green laser maze is something that deserves a high-dollar production that just can’t be achieved on a cell phone. Especially since it’s so hard to remember to keep the phone horizontal. As Ferguson’s interim lightweight title fight with Kevin Lee at UFC 216 draws near, let’s hope that the Embedded crew gets to follow El Cucuy through another one of these because that’s just good fun.

What’s next for Tony Ferguson? Movies? Can he be the next John Wick like he said back in a UFC 209 conference call? It was evident after his destruction of Rafael dos Anjos last year that Tony Ferguson was rising up to be the future of, not just his division, but of the sport. As crazy and potentially damaging as some of his training methods are, you can’t argue with results. It’s those results that Ferguson wishes to show on October 7th in Las Vegas, Nevada.