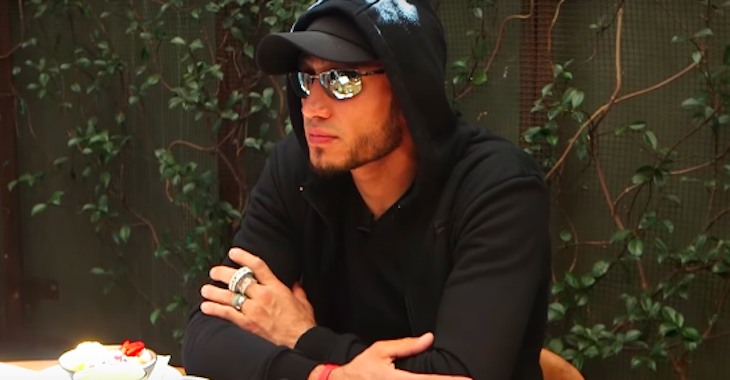 Originally, UFC flyweight champion Demetrious Johnson was expected to attempt his potentially history-making 11th-straight title defense in the main event of UFC 215. Yet when his opponent, Ray Borg, was forced out of the fight at the last-minute with an injury, this flyweight title fight was rescheduled for UFC 216.

Given that the original UFC 216 headliner, a fight between Tony Ferguson and Kevin Lee, is for the interim lightweight title, many people expected Borg and Johnson’s legitimate title fight to usurp the top spot on the bill. Instead, however, Johnson and Borg were shoehorned into the co-main event, under the interim title fight on the bill.

In the opinion of Tony Ferguson, one of the two men competing in UFC 216’s interim lightweight title main event, this isn’t exactly right. During a media luncheon promoting UFC 216, he explained that he was “upset” to learn Demetrious Johnson’s fight hadn’t taken the main event spot.

“I was upset, I was upset,” Ferguson said. “I was gonna write Johnson a note and tell him and be like, ‘Hey man, I feel f*cking terrible for you.’ Shit, I’m not getting any [pay-per-view] points on this stuff. So you know what, why? Why would you make me the main event?

“I’m an entertaining fighter,” he added, answering his own question. “I’m gonna be always the main event.”

Though Ferguson is happy to fighting in the main event, he simply believes it would have been right for Johnson’s possibly history-making fight to top the bill.

“What I’m saying is something along the lines of righteousness and right rankings and virtue has got skipped,” he said. “I’m here to remind everybody.”

What are you predictions for UFC 216? Do you think Tony Ferguson captures interim lightweight gold in the main event? Does Demetrious Johnson make history in the co-main event? Join the conversation in the comments section!