Top ranked women’s bantamweight contender Julianna Pena has been on a tear of the women’s bantamweight division recently. After winning the Ultimate Fighter season 18 by defeating Jessica Rakoczy in 2013, Pena was forced to sit on the sidelines with injuries for nearly 2 years. In early 2015, she returned to the Octagon when he fought Milana Dudieva at ‘UFC Fight Night: Fairfax’. Pena won the fight in the very first round via TKO. In her next Octagon outing, Pena successfully defeated Jessia Eye at UFC 192. Most recently, Pena picked up arguably the biggest win of her career when she defeated Cat Zingano via unanimous decision earlier this year at UFC 200. 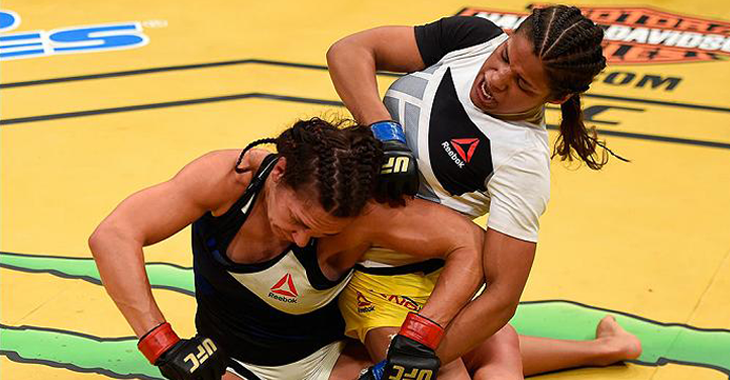 Now, Pena is set for what appears to be a title eliminator fight against Valentina Shevchenko at UFC on FOX on January 28th in Denver. The way ‘The Venezuelan Vixen’ sees it, she deserves a title shot with a win.

“I’m not happy about this fight and it has absolutely nothing to do with Valentina and everything to do with me acquiring more of a resume than any female in the 135-pound division. I have beaten everybody that they’ve put in front of me. I’ve yet to lose. I’ve still not been able to fight for a title. These girls coming off of knockouts and they get to fight for the title again. Girls that I’ve beaten, girls that didn’t get past me on The Ultimate Fighter getting to fight for the title. I still have yet to wrap my brain around the fact that I have beaten everybody and still can’t sniff a title shot. I don’t understand why that is.

“In this case I was offered a main event spot with a little bit of a more sweetened deal and that made me realize that this is the fight that I need to take now. Once I get past this one I can set my sights on the title shot which is what I’ve been gunning for this whole entire time.”

“That’s the notion that I picked up and if not this time I will raise hell. I think Dana knows that I’m a firecracker, and I definitely don’t think that he wants see the wrath that will come if I don’t get a title shot after this. I would be shocked. I won’t say that it couldn’t happen because anything can happen, especially in this sport. But I think that he definitely knows that I’m the clear cut answer for getting a title shot. So I don’t want to even put that in the universe. If I don’t get a title shot, I quit.” 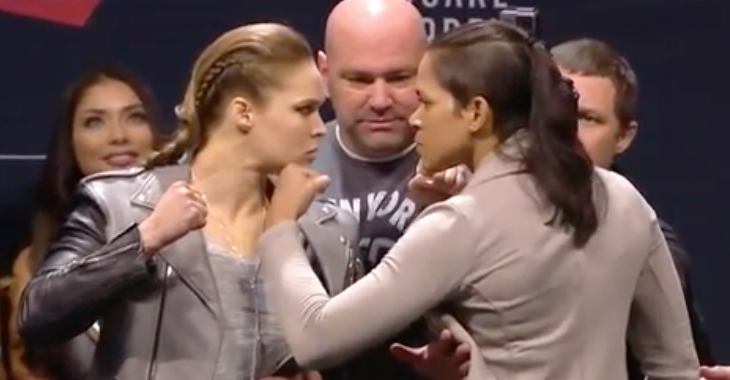 Of course, the UFC women’s bantamweight championship will be on the line December 30th when Amanda Nunes looks to make her first successful title defense against former champion Ronda Rousey in Rousey’s highly anticipated return to the Octagon.