After nearly a year away from the Octagon, former UFC women’s bantamweight champion Ronda Rousey will be making her highly anticipated UFC return at the UFC’s New Years Eve event on December 30th, UFC 207.

While there has been no other fights announced for the card at the present time, Rousey vs. Nunes is expected to headline the event given that the pair will be fighting for Nunes’ belt in Rousey’s highly anticipated return to the Octagon.

UFC President Dana White announced the news on Wednesday on “The Herd.”

Rousey, who lost her women’s bantamweight championship strap to Holly Holm in the main event of UFC 193 back in November of 2015, looked nearly unbeatable for four years as she compiled a 12-0 professional MMA record, finishing every opponent she fought. That changed when she met ‘The Preacher’s Daughter’ in Melbourne, Australia at UFC 193, where she was outstruck, and ultimately KOd in the 2nd round by the striking ace. 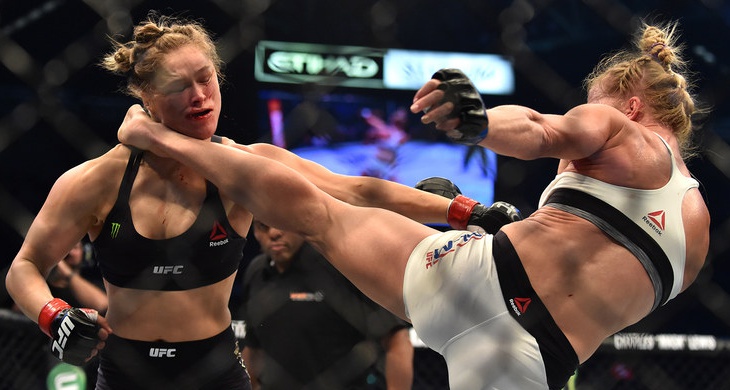 After the loss, Rousey was reportedly set to film several movies in Hollywood before returning to the Octagon. Time and time again, Rousey’s return has been delayed, however both her coach, Edmond Tarverdyan, and UFC President Dana White both recently hinted at Rousey returning by the end of the year.

Nunes on the other hand has been on a tear of the UFC women’s bantamweight division. A three fight win streak that saw 28-year old TKO Rousey’s teammate, Shayna Baszler, submit Sara McMann, and pick up a unanimous decision over renowned striker Valentina Shevchenko, resulted in Nunes getting a title shot against Miesha Tate in the main event of UFC 200. When Nunes and Tate stepped into the Octagon, it took just three minutes for Nunes to rock, and ultimately submit ‘Cupcake’, earning her the women’s bantamweight championship. 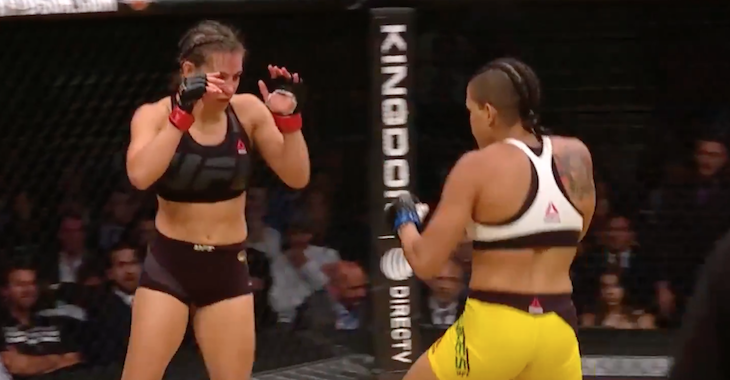 With Ronda Rousey’s return date officially set, do you think she will be able to reclaim the bantamweight championship, and bounce back from the first loss of her professional career? Give us your predictions for the fight below PENN Nation!