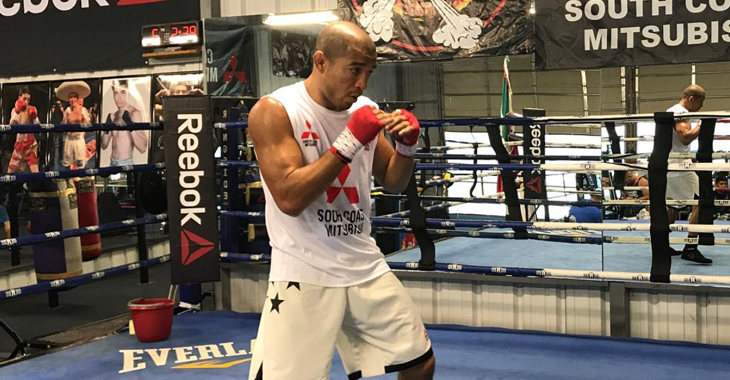 Jose Aldo has dreamed of fighting in New York at Madison Square Garden and was hoping to get on the UFC 217 card taking place there in November. However, it sounds like the former UFC featherweight champion will have to wait a bit longer for his chance to step into the Octagon or perhaps a ring inside the historic New York venue.

Combate has reported that Aldo is being targeted to face a familiar foe in Ricardo Lamas sometime in December. With Aldo campaigning to fight at UFC 217 in New York, Lamas’ asked for a bit more time, according to the report. Combate stated that both fighters verbally agreed to the matchup, which could likely take place on December 2 in Detroit at UFC 218, or December 30 in Las Vegas at UFC 219. The two featherweights first met at UFC 169 in 2014 where Aldo defended his belt and won a unanimous decision five-round title fight.

Jose Aldo is currently ranked the #1 featherweight by the UFC and is coming off a UFC 212 title fight where he lost the undisputed featherweight title to Max Holloway by TKO in the third round. Aldo is 26-3 in his professional mixed martial arts career and has fell short in two of his last three fights losing to Conor McGregor at UFC 194 and then beating Frankie Edgar at UFC 200. Prior to his loss to McGregor, Aldo won 18 fights in a row and was unbeaten for over eight years.

Ricardo Lamas is currently ranked the #3 featherweight by the UFC and is coming off a UFC 214 first-round TKO win over Jason Knight. Lamas’ last loss was at UFC 199 and was also against Max Holloway, who took a unanimous decision three-round fight. Lamas holds an 18-5 professional MMA record.

What are your thoughts on a rematch between Jose Aldo and Ricardo Lamas? Let’s discuss this one in the comment section.