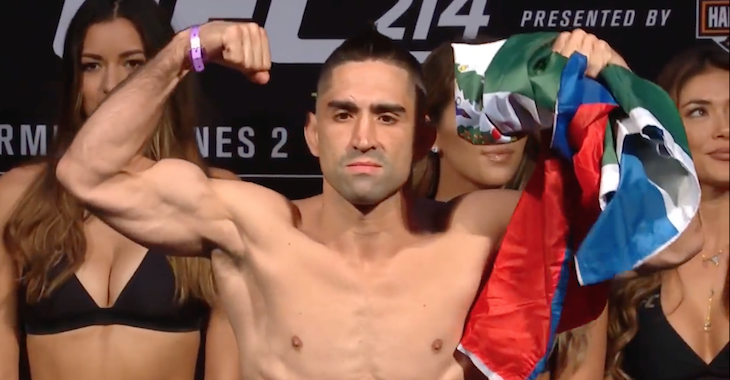 Round one begins and Knight quickly pumps a left jab. Lamas with a nice outside low kick. He circles out and then comes forward with a knee. Knight jumps on a guillotine attempt but Lamas avoids the choke and lands a takedown. He winds up in side control. Knight rolls towards the fence. Lamas maintains side control position. Jason scrambles and winds up in full guard. Lamas steps in and lands a pair of nice right hand. Jason locks up rubber guard and to mission control. Lamas is stuck in a bad spot here. Knight is trying to transition to a triangle choke. He lands some heel kicks from the bottom. Lamas is still locked up here. He finally is able to pull his head out. Jason Knight lands a hard up kick. Jason locks in a leg lock. He uses the hold to stand back up. Lamas catches him with a big punch. He lands another. Lamas with punches in bunches now. Knight is trying to fire back but is in all sorts of trouble. Huge shots from Lamas. Knight shoots in for a takedown. Lamas sends him to the floor. He lands some huge shots from the top and the referee has no choice but to step in and stop the bout.