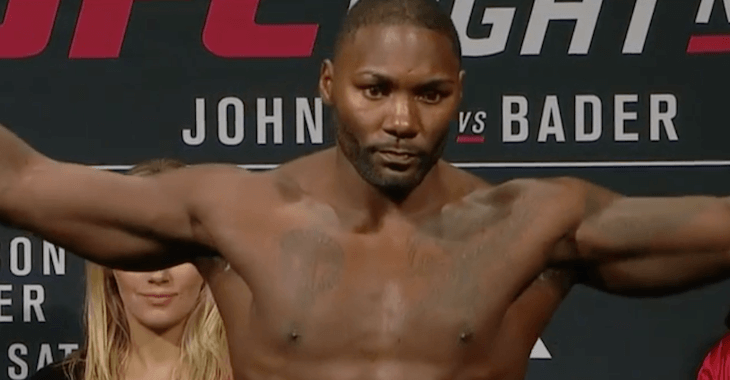 Last night we broke the news that UFC light heavyweight champion Daniel Cormier had been forced out of his UFC 197 headlining bout with Jon Jones due to an injury.

BJPENN.com has now learned through sources close to the Blackzilians that the UFC has offered Anthony “Rumble” Johnson the short-notice fight with Jon Jones.

No word yet on whether or not former UFC title challenger Anthony Johnson has accepted the UFC’s offer to fight Jones at UFC 197. But the offer is definitely on the table.

Would you like to see “Rumble” fight “Bones” on short-notice as the UFC 197 event headliner? Sound off PENN Nation!

Stay tuned to BJPENN.com for further updates as they develop.