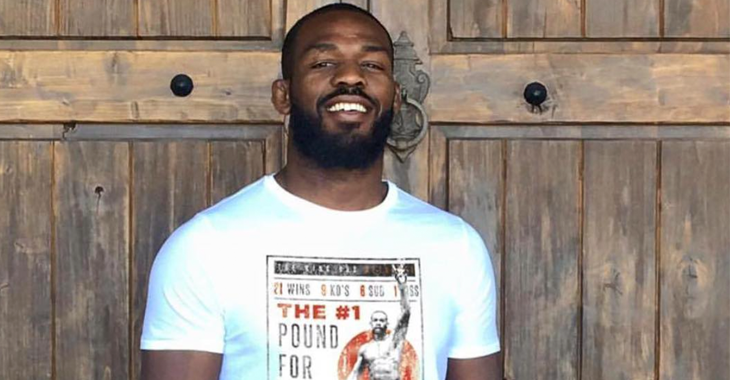 Last night, UFC President Dana White announced on ESPN that, if former UFC light heavyweight champ Jon Jones is ready in time for UFC 214, which is scheduled for July 29, he will fight reigning champion Daniel Cormier for the title on the card. Shortly thereafter, White elaborated that, if Jones feels he won’t be ready for a title fight on July 29 – because he’s been sidelined for so long – Cormier will then make his next title defense against streaking British striker Jimi Manuwa.

Given Jones’ heated rivalry with Cormier, it’s very hard to imagine him openly admitting that he feels too rusty for an immediate title shot, and that he’d like a tune-up fight instead. Indeed, all signs point to his accepting this title shot against Cormier.

If you think Jones would openly admit that he doesn't feel ready for an immediate fight with DC, and that he needs a tune-up, you're insane

But what if Jones does swallow his pride? What if he admits to himself and the MMA community that, after more than a year on the shelf, he needs a warm-up fight to shake off the ring rust? Who might he fight in this event?

Well, as it turns out, there might really only be one option for the returning former champion to this end. All it takes to identify this option is a quick scan through the light heavyweight top-10. All but one top-10 light heavyweight on the UFC roster is either booked for a fight, or riding a loss (which makes them unlikely options for Jones’ welcome back committee).

The UFC’s 10th-ranked light heavyweight, Antonio Rogerio Nogueira, is scheduled for a fight with the division’s number-nine ranked fighter Ilir Latifi at UFC Fight Night 112. The number-eight light heavyweight, Ovince St. Preux, lost to Jones a year ago, and is scheduled for a fight with Marcos Rogério de Lima this weekend. Misha Cirkunov, who holds the division’s number-seven spot, is booked for a clash in Sweden with Volkan Oezdemir, who holds the division’s number-five spot. Corey Anderson, who is ranked sixth, was just violently KO’d by Manuwa and as such, does not seem like a logical opponent for the returning Jones. The third-ranked Manuwa, as we know, will fight Cormier if Jones takes a tune-up fight. And the number-one and two ranked light heavyweights, Alexander Gustafsson and Glover Teixeira, are scheduled to fight each other in Sweden. This leaves just one top-10 UFC light heavyweight who is not riding a loss or tied up with another fight: Mauricio “Shogun” Rua, the man Jones first claimed the title from back in 2011.

Jones’ first win over Shogun, of course, was as decisive as they come. It certainly didn’t warrant a rematch. Yet today, in the year 2017, when Jon Jones has been sidelined for great lengths by his various troubles outside the cage, and Shogun is enjoying a late-career surge, we might just get this rematch after all…

This possibility was first brought to light by Twitter user @Grabaka_Hitman.

Let's take a look at possible tuneup fights for Jones if DC/Manuwa happens.

Fuck that, you're fighting DC. pic.twitter.com/svDINhSkLn

Do you think the UFC books this Jon Jones vs. Shogun rematch, or does Jones risk it all in an immediate title fight with Cormier? Sound off, PENN Nation!