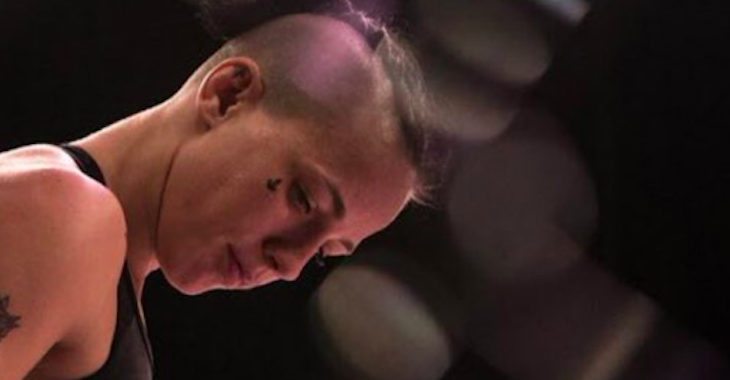 Earlier this month, in the co-main event of the UFC’s anticipated stop in St. Louis, Australian flyweight Jessica-Rose Clark picked up a key win over Paige VanZant. Given the way she performed in the cage, one would never guess how terrible her fight week was. But it was terrible. “Horrific,” in fact.

In the days leading up to her fight with VanZant, Clark’s Las Vegas home was robbed. During the robbery, many of her belongings were stolen or destroyed, and her cat was also killed. She recounted the grisly debacle on the latest episode of The MMA Hour.

“My housemate messaged me, she’s like, ‘Someone broke into our house an hour ago and destroyed it,’” Clark said. “She sent me a bunch of videos and there was so much stuff missing, the whole place had been ransacked and then I guess the cat had been taken to the vet, so she didn’t mention anything about that when I spoke to her. And then she texted me 10 minutes later was like, ‘They also kicked the cat. The cat had to be put down.’ It was a pretty horrific day.”

“That was the hardest part of it because all this stuff, some of it can’t be replaced, like they stole my UFC debut gloves and a bunch of stuff from my first fight, which I’m upset about, and some jewelry that meant a lot to me,” she continued. “At the end of the day that’s just stuff, but that cat, he would have been trying to talk to them. He was so friendly. He would have been talking to ‘em and then – who does that?”

Amazingly, however, Clark isn’t letting this brutal ordeal turn her off of Las Vegas.

“I love Vegas,” she said. “Vegas has made a lot of things possible for me that I couldn’t do back home. Something like this isn’t gonna make me want to leave, it just made me move into a more secure apartment and get a dog.”

What do you think comes next for Jessica-Rose Clark?