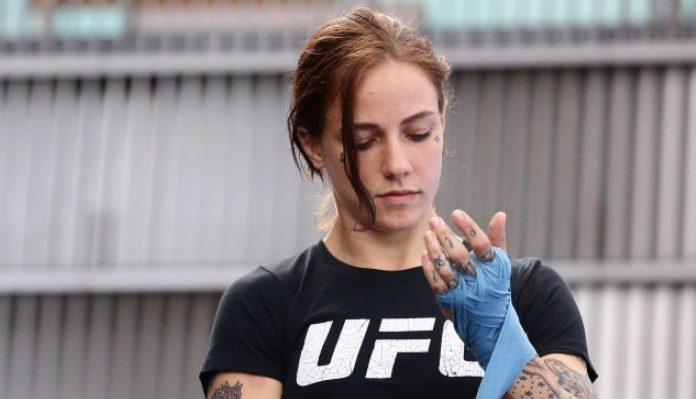 Clark suffered a first-round armbar loss on Saturday night, a defeat which snapped her two-fight winning streak. It was a tough loss for the fan-favorite and after the loss, she took to Instagram to release an 11-minute video talking about the setback. For Clark, she says performance anxiety played a big role in the loss.

“Obviously, I f****d up on Saturday night. I’m super gutted, there’s something that’s going on, like a bit of performance anxiety that I have experienced in the last couple of fights. I’m fortunate that in the fights leading up to this win it worked out,” Clark said, “Our game plan for this one was not to clinch at all, not clinch for a second. I don’t know how I ended up there, I don’t know, my brain shut off and my body went into autopilot. That’s her game, she’s fucking amazing at it, when she hit that second hip toss it rocked me pretty hard.

“She’s incredible at the things she does, it’s obviously unfortunate for me that my autopilot was to go in and clinch and give her what she needed. I’m super disappointed, I’m pretty heartbroken about that,” Clark added. “I had the best camp I have ever had, my body felt amazing. One little injury happened before the fight that did impede things a little bit but I felt great mentally, I felt incredible. I really thought this performance anxiety thing wouldn’t happen and how confident in my preparation I was. This is a tough sport for a reason.”

Jessica-Rose Clark is now 11-7 and one No Contest as a pro. Prior to the loss to Egger, she defeated Joselyne Edwards by decision and TKO’d Sarah Alpar. In her career, she holds notable wins over Paige VanZant, Bec Rawlings, and Janay Harding.

What do you make of Jessica-Rose Clark’s statement?