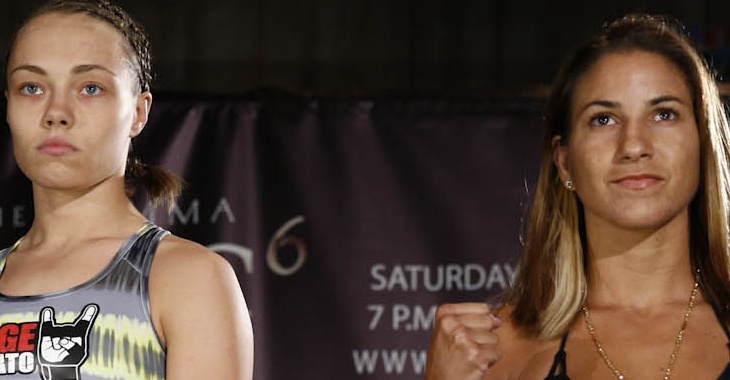 Reports and rumors were circulating recently that the Rose Namajunas would be making her first title defense at UFC 221 in Australia…but not in a rematch with the woman she defeated for the title, Joanna Jedrzejczyk but the woman she’s 1-1 with, Tecia Torres. The Orlando Sentinel reports that the February 24 UFC on Fox 28 will be getting a big Strawweight fight between Torres and Jessica Andrade.

Torres entered the UFC a part of The Ultimate Fighter season 20 and most recently defeated Michelle Waterson at UFC 218 by unanimous decision, extending her winning streak to three. Her last and only loss came to the champion, Rose Namajunas via split decision in a very close fight. Torres also holds a win over Namajunas from back when they fought in Invicta. A trilogy between the two happening was something that made most sense outside of Joanna getting a rematch. Well, either of those options or Jessica Andrade getting her second title shot.

Andrade is coming off of a huge and incredibly impressive and dominant victory over the perennial #1 Strawweight contender, Claudia Gadelha. Some believe that win alone could have been enough for Andrade to earn herself another title shot but considering how quickly she last fought for the title, it looks like the UFC doesn’t believe so. Therefore it grants us with this excellent matchmaking between the two clear top contenders at 115 lbs.

Torres will definitely be outsized in this one but she has the speed advantage. This is a fantastic fight and however things shake out atop the Strawweight division overall, it should be fun to watch unfold.

Who do you think wins the matchup between Andrade and Torres?