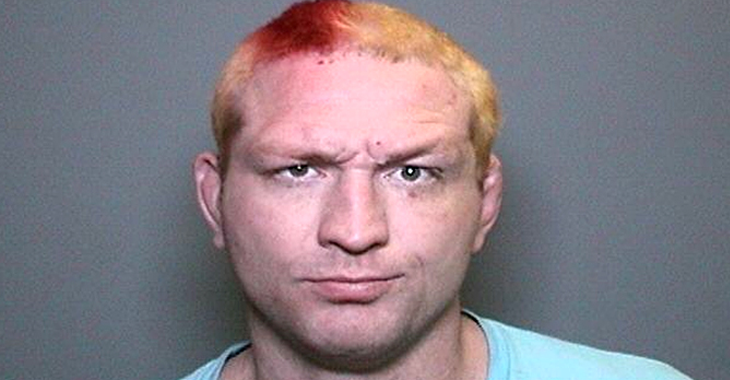 Jason “Mayhem” Miller has made headlines once again for being arrested.

The OC Register reported on Sunday that the former UFC fighter was arrested on “suspicion of assaulting a police officer – for spitting in the officer’s face – assault and battery, and public intoxication, authorities said.”

At around 2 a.m. on Sunday, Miller was reportedly at the Saddle Ranch Chop House in Costa Mesa’s Triangle Square where he got into an argument with two women. The confrontation allegedly got physical when one woman slapped Miller and Miller retaliated by trying to grab one of them and punch right before security was able to take him down and detain him.

“While being detained, he spit on one of the officers,” Sgt. Dan Miles of the Costa Mesa Police Department said, “which is disgusting.”

The report says Miller was taken to a hospital for injuries suffered to his face while being taken down by security and was later taken to jail.

Miller last fought in Venator FC III in May where he was submitted by Mattia Schiavolin in the second round by rear-naked choke.