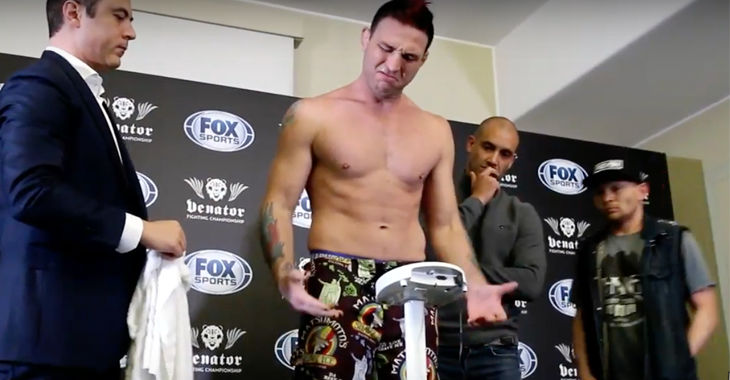 After getting his chance to fight for the Venator middleweight title taken away for coming in 24 pounds over the middleweight limit, Jason “Mayhem” Miller was given a fight at Venator FC III in the light heavyweight division.

Miller had to weigh in under 207 pounds the day of the fight on Saturday and did just that.

“Mayhem” has battled with the best of them through his years competing in MMA, even finishing the current UFC welterweight champion Robbie Lawler back in Hawaii in 2006.

However, with coming out of retirement after not having fought for nearly four years, Miller could not find his way to a win on Saturday at Venator FC III.

“Mayhem” was submitted in the second round by Mattia Schiavolin after nearly being finished earlier in the round.