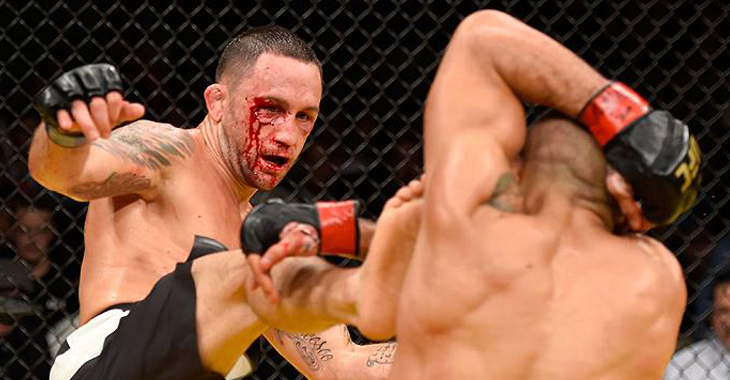 Former UFC lightweight champion Frankie Edgar suffered a unanimous decision loss to Jose Aldo at UFC 200 over the weekend in a fight that crowned Aldo with the UFC interim featherweight title.

Edgar, who was coming off a hot five-fight win streak suffered his last loss to Aldo back in 2013.

Edgar was confident going into the rematch with Aldo hoping to pick up the interim title and face UFC featherweight champion Conor McGregor to unify the belts. The fight didn’t go in Edgar’s favor and on Monday, “The Answer” made his first post to social media since losing the rematch with Aldo.

What is next for Frankie Edgar? Let us know in the comment section who you would like to see Frankie Edgar fight when he makes his return to the Octagon!