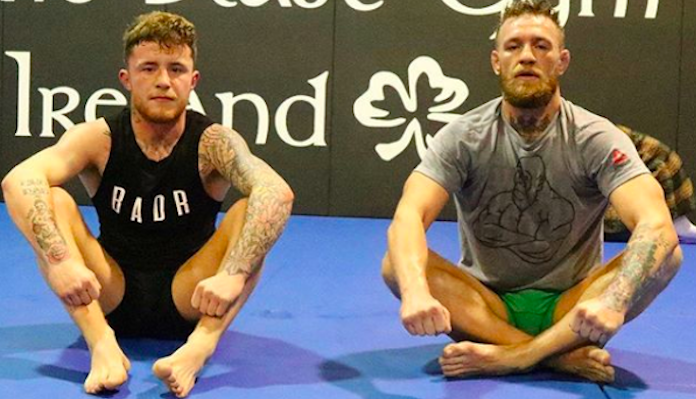 In the wake of this loss, Gallagher has assured that his cocky attitude isn’t going anywhere. That being said, he assures he’s also determined to learn from the loss.

“I’ll hold my head high,” Gallagher said Monday on Ariel Helwani’s MMA Show (transcript via MMAMania). “I’ll go out there and I’ll face it. I take the loss on the chin, literally, as I got a smack on the chin and it put me out. I’ll take that loss. I take it like a man, and I show up and I hold my head high, and I’m proud of myself. I’m proud of myself walking out there and going out and fighting putting everything on the line, putting in that training camp — doing everything right, had the perfect camp, did everything right.”

“Now, I’m looking forward to going back. [Bandejas] showed me something I need to work on and I’m looking forward to going back and making myself better and becoming world champion. I’m 100 percent I’m going to be world champion. I’m not letting that defeat put me down. I got beat, but I’m not broke. I can keep going. I can’t wait to get back to the gym and go again.”

As he looks to rebound from this loss, James Gallagher says he’ll be drawing inspiration from the way Conor McGregor rebounded from his 2016 loss to Nate Diaz.

“I can see the way he handled that and I took like inspiration from that, but this is how I’ve been brought up by my mother and father — you don’t run away from anything,” he said. “If I say I’m the greatest ever and I get beat, then that’s a big fall, but I’m not scared of that. So I take it all in. I take it on the chin and move on.”

What do you think the future holds for James Gallagher after his Bellator 204 KO loss?