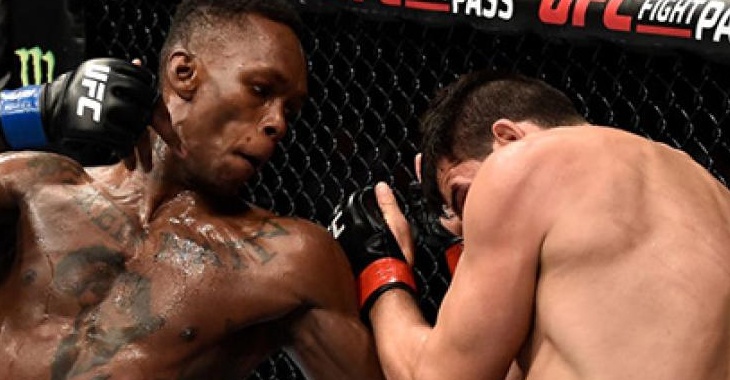 The Last Style Bender Israel Adesanya isn’t intimidated by a quick turnaround. Actually, Adesanya isn’t intimidated by much of anything. He treated the bright lights of his UFC 221 debut just like another fight, which paid off in spades. Next he’ll fight former Venator welterweight champion Marvin Vettori, believing that it won’t go any different than his last dissection.

“[Marvin Vettori] got pushed [to insult me on Twitter]. I mean, he wouldn’t say sh-t, he wouldn’t dare say sh-t if the fight wasn’t already signed. I already signed the fight and he took the fight, credit to him. I say whenever these guys take fights with me, I always feel like they think they have something up their sleeve. I mean, but they know who they’re f-cking with. So he may have something up his sleeve, but we’ll find out come April 14th [at UFC Glendale].”

There’s an Australian bum loud mouth, he thinks he is battle tested. I would love to give him his first loss#theitaliandream

“My camp never really ended anyway, but he’s flat-footed, he comes forward, he’s southpaw. When he gets hit he like beckons people on like, ‘Keep coming’. Well, I’m happy to oblige. I just don’t see him [taking it]. He’s gonna get finished, definitely. You can count on that. But at the moment, I don’t really do the whole Mystic Mac rounds or whatever, I just want to keep touching these guys. I’m just gonna touch them and they can’t handle the shots. You saw the way I dismantled the last guy. I feel with his forward pressure, his might be a starching.”— Israel Adesanya speaking to Submission Radio.

Anyone who wasn’t familiar with Israel Adesanya’s intimidating track record before UFC 221, knows now that he walks the walk as well as talks the talk. UFC Glendale will be the litmus test if he can keep that pace up. If he can dispatch Marvin Vettori in a similar fashion as his last fight then he’ll be sitting in the top 15 in no time.