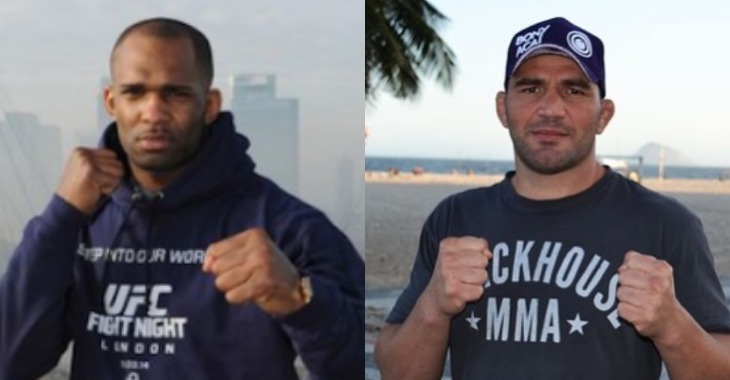 On Saturday night, on the main card of the stacked UFC on Fox 26, Brazil’s Glover Teixeira reasserted himself as one of the light heavyweight division’s top contenders by smashing the highly-regarded Misha Cirkunov to a first-round TKO.

With this win, Teixeira might well have earned himself a shot at the winner of UFC 220’s Daniel Cormier vs. Volkan Oezdemir light heavyweight title fight. That said, he’s still only one win removed from a crushing, knockout loss to Alexander Gustafsson, and so he might still need another win to solidify his title shot.

If this is indeed the case, one fight that would make sense for Glover Teixeira is England’s Jimi Manuwa, who recently called him out for a fight at the UFC’s March date in London.

While this fight seems to make sense, however, it doesn’t seem to interest Glover Teixeira.

“Of course Jimi Manuwa wants to do that,” Teixeira told the media shortly after his win (h/t MMAJunkie.com). “He lost his last fight. I lost my fight before this, and I fought a guy with a loss – down in the rankings. So I’m risking a lot of things, but I lost the fight so I had to get back winning. Right now, I’m third in the world, so I don’t know. If that makes sense for the UFC, if my manager says it’s right, then we’ll do it. I’ll fight anyone, anywhere.

“But is Jimi Manuwa in position right now to want to fight me in London? Why doesn’t he come to Brazil and fight me? Or Connecticut? Or New York? I don’t know. That’s where I’m from. He’s going to fight in his backyard, and I’m going to have to go go fly to London to fight him? Nothing against London, but c’mon, man – give me some credit over here. It’d (be like) me calling (out) Cormier right after my last loss. Take it easy.”

Do you think a Jimi Manuwa vs. Glover Teixeira fight is the fight to make?