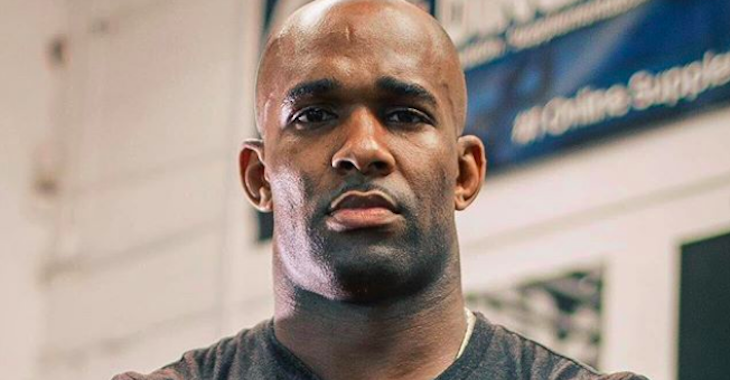 England’s Jimi Manuwa is one of the top light heavyweight contenders in the UFC. That said, his recent knockout loss to Volkan Oezdemir probably means he’s another impressive win away from a title shot.

When weighing the options for Manuwa’s next fight, there are a few that really stand out. One is Glover Teixeira, who won big over Misha Cirkunov last weekend (though he doesn’t seem that interested in this potential fight). Another is MMA legend Mauricio “Shogun” Rua, who has recently been enjoying a significant, late-career resurgence.

While Manuwa understands the interest fans have in seeing him fight Shogun, this is not a fight he’s keen to pressure the UFC for. Having asked for this fight to no avail in the past, he says he respects the legend too much to keep pushing him.

“I’m one fight away from the title, you know,” Jimi Manuwa said on the latest episode of BJ Penn Radio. “The way I see it, I’m number four in the world, and I don’t want to fight anyone not in the top five. There’s no one in the top five really, I’m number four … Who’s one above me? I think [my next opponent] could be Shogun, but we’ve asked for the Shogun fight, Shogun doesn’t want to fight. I’ll leave him alone. I like Shogun, he’s a legend in the game so I just let him do what he wants to do, you know? I’m not gonna go chase for the Shogun fight, I respect him a lot.”

“Shogun’s a good guy man, I love Shogun,” he continued. “He’s always been one of my favorite fighters. Every time he fights, I want him to win. He’s a veteran of the sport and everything, so we’ll just let him be.”

That being said, Manuwa promises it will be all business if Shogun were to accept a fight with him. In fact, he doesn’t expect this matchup to leave the first round.

“If we did have to fight then it’d be serious stuff,” he said. “I do respect him, I love him. Oh mate, what a striking war that’d be. It wouldn’t go a round though.”

Do you want to see a fight between Jimi Manuwa and Shogun?