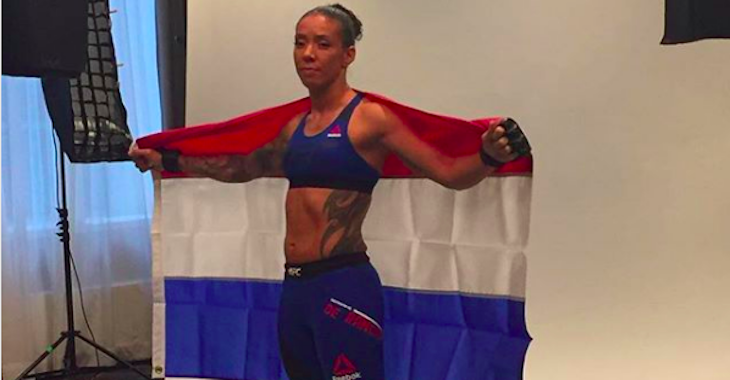 It’s been a turbulent few year for Germaine de Randamie.

After winning the inaugural UFC featherweight title with a controversial decision win over former bantamweight champion Holly Holm, de Randamie was stripped of that title based on her refusal to fight featherweight great Cris “Cyborg” Justino. From there, de Randamie shared her intention to drop back down the bantamweight division, where her UFC career began. Not long thereafter, she was pencilled in for a scrap with Marion Reneau, which was subsequently cancelled when she injured her hand.

Reneau’s hand surgery is now in the rear-view, and according to a recent post to her official Instagram page, she’s now ready for a return to the cage.

“Got the best news today (which feels like it’s been forever),” De Randamie said in her Instagram post. “Got green light from my doctor to start training again. Thank you so much Dr. Feitz for the great care. More determined than ever before. I’m coming back stronger, faster more hungry than ever before! DIE WITH MEMORIES, NOT DREAMS.”

Who do you want to see Germaine de Randamie fight in her return to the Octagon?