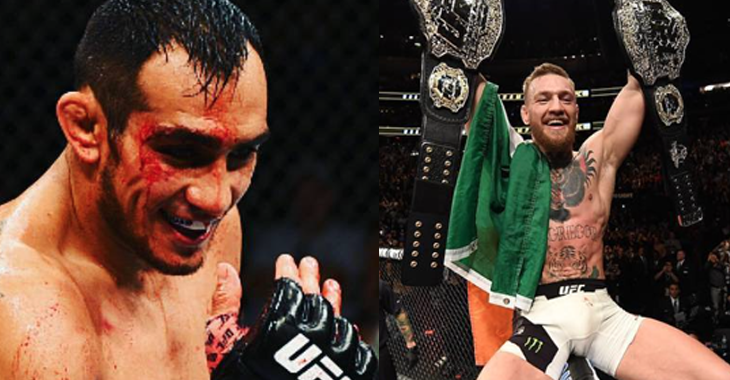 Whenever the fight happens, fans are bound to be divided in their predictions for it. The fight’s early odds reflect this reality. Even Eddie Bravo, Ferguson’s long-time Brazilian jiu-jitsu coach, has a hard time predicting what might happen when the cage door closes on McGregor and Ferguson.

“If you don’t have respect for Conor and his abilities, then you haven’t been paying attention,” Bravo said of this fight on the latest episode of BJ Penn Radio. “In this game, at the top, anything can happen. I never guaranteed a [Tony Ferguson] victory over Kevin Lee – I never guarantee victories. The only time I guarantee a victory is if your opponent is a duck and it’s a mismatch. You just never know. Conor has great power; he has great striking technique. So does Tony. On the feet, man, anything can happen, it’s like Russian Roulette, you never know. You can’t predict that fight.”

“Maybe Tony takes him down and strangles him,” Bravo continued, discussing possible outcomes of the fight. “Hey, maybe Tony can knock McGregor down. He can just stay on the outside, pop him with jabs, wear him down, and do what Nate Diaz did to him. That’s a possibility. Tony’s got a great chin. He’s got great striking. He’s just as unorthodox as Conor McGregor, if not more, so Conor McGregor might get knocked out, you just never know. But I think the best strategy would be to take Conor down and strangle him.”

What’s your prediction for a possible title fight between Conor McGregor and Tony Ferguson?