Former UFC women’s featherweight champion Germaine de Randamie has been forced to pull out of her bout on the UFC Fight Night 115 card, which is scheduled to take place on September 2. De Randamie was scheduled to fight Marion Reneau in the co-main event at Ahoy Rotterdam in the Netherlands prior to the main event featuring heavyweights Stefan Struve and Alexander Volkov.

MMA Junkie confirmed with UFC officials that de Randamie was forced to pull out of the contest due to suffering an injury.

De Randamie released a statement on her injury on social media.

Germaine de Randamie explains why she has withdrawn from #UFCRotterdam pic.twitter.com/q1DRdwdkvA

The promotion is looking to find Reneau a new opponent to replace de Randamie.

The title was then stripped from De Randamie a few months after winning the belt when she refused to fight the top contender Cris Cyborg, citing her previous failed drug test as the reason. With Cyborg being active in the USADA testing pool and passing her drug screenings, the UFC stripped de Randamie of the belt and had Cyborg fight Tonya Evinger for the vacant title at UFC 214, which Cyborg won in the third round by TKO. 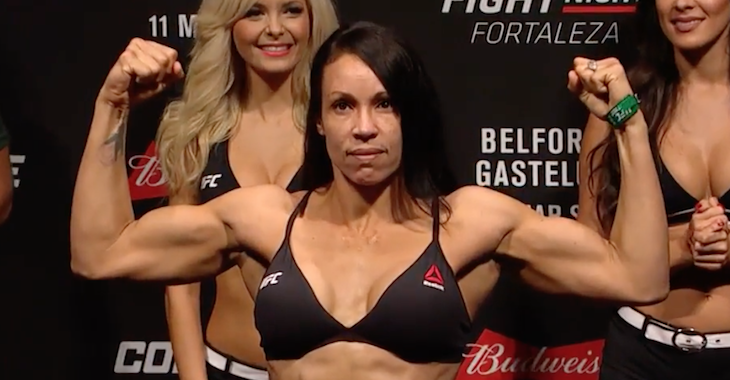 Meanwhile, Marion Reneau will be looking to book a replacement opponent and solidify a win coming off a draw against Bethe Correia, which took place at UFC Fight Night 106 in March.

Who would you like to see step in as a replacement to take on Marion Reneau in the Octagon at UFC Fight Night 115? Let’s get some names in the comments!

This article appeared first on BJPENN.COM
Previous articleBREAKING | Tyron Woodley Threatens to Move Up For a Middleweight Title Shot
Next articleReport: Ticket brokers taking a ‘record-setting loss’ on Mayweather vs McGregor
© Newspaper WordPress Theme by TagDiv