Tate (19-7 MMA) was returning to the Octagon for the first time since UFC 205 in November of 2016, where she had dropped a unanimous decision loss to Raquel Pennington. ‘Cupcake’ had earned her most recent victory back in March of 2016, when she submitted Holly Holm at UFC 196 to capture the promotions 135lbs title.

Meanwhile, Marion Reneau (9-8-1 MMA) was looking to snap a four-fight losing skid when she took to the Octagon this evening. ‘The Belizean Bruiser’ had suffered four straight decision setbacks, her most recent coming to Macy Chiasson in March. 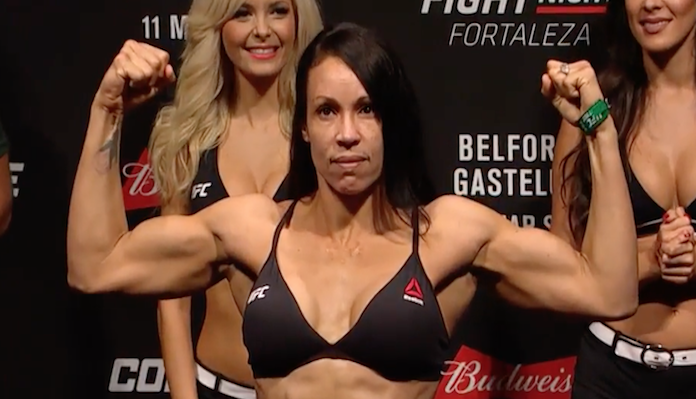 Tonight’s UFC Vegas 31 co-main event proved to be a rather one-sided affair. Miesha Tate was able to utilize her forward pressure and strong grappling to control most of the opening ten minutes of the contest. Then, in the third and final round, ‘Cupcake’ secured a takedown and unloaded ground and pound for the TKO finish.

Check out how the pros reacted to Tate defeating Reneau below:

Will Tate 2.0 be successful? #UFCVegas31

Retirement fight, husband and son in her corner, fighting Meisha Tate in her come back. No pressure… #UFCVegas31

Marion @BelizeanBruiser Reneau is the same age as me. Tonight she's fighting @MieshaTate and I'm fighting to stay up to watch it.

Tnx for the ride @BelizeanBruiser

Also congrats to Marion on retirement! What a beast going this long #UFCVegas31

Who would you like to see Miesha Tate fight next following her TKO victory over Marion Reneau at tonight’s UFC Vegas 31 event? Share your thoughts in the comment section Penn Nation!