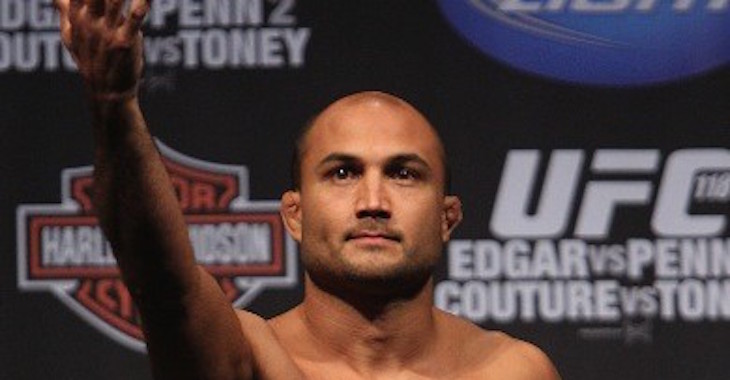 The bout will reportedly take place in the UFC lightweight division (155-pounds).

“The Prodigy” will fight for the first time since suffering a TKO loss to Frankie Edgar in July of 2014. Penn has gone 1-3-1 over his past five octagon appearances.

The fight will mark the first time “GSP” has competed in the cage since November of 2013, when he scored a split-decision victory over Johny Hendricks at UFC 167 to retain his welterweight championship.

The Canadian superstar will look to extend his current win streak to thirteen in a row by earning a victory over BJ Penn at this summer’s highly-anticipated UFC 200 event.

How do you see this trilogy bout playing out? Sound off PENN Nation!

By the way…. Happy April Fool’s Day everyone!!! Have a great Friday!