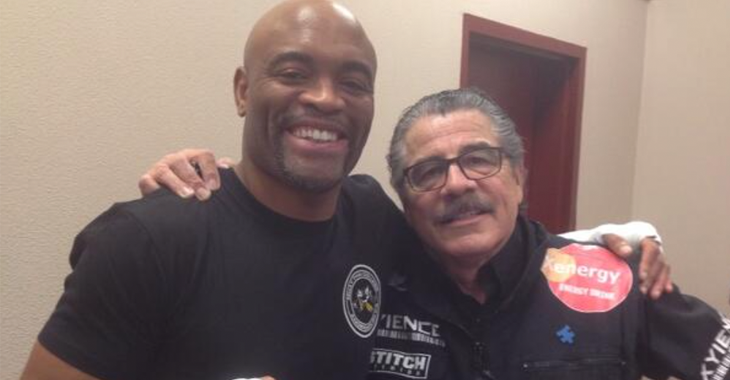 Jacob “Stitch” Duran was one of the more recognized individuals in the world of MMA as he was seen throughout the years as MMA grew in popularity. Although never in the Octagon, cage, or ring trading strikes with any opponent, Duran was always there in between rounds helping put back together broken fighters to help them get a chance of realizing their dreams and having their hand raised.

However, “Stitch” has not been seen working on many MMA fighters in between rounds recently after a falling out with the UFC after Reebok’s deal with the UFC severed big sponsorship payouts for Duran.

However, Bellator announced in a news release that “Stitch” will soon be working on their fighters in competition.

Bellator MMA is pleased to secure his services as its lead cutman for the foreseeable future, after “Stitch” signed a multi-year contract with the Scott Coker-led promotion.

Starting with “Bellator 153: Koreshkov vs. Henderson” on April 22 at the Mohegan Sun Arena in CT, the most famous cutman in the world will do everything in his power to get Bellator fighters prepped for entering the cage and helping them continue on once the bell rings, giving them “one more round.”

“Working with my old friend, Scott Coker and Bellator is a true honor,” said Duran. “I can’t wait to get started working for a great organization that respects their employees and truly makes their fighters the top priority!”

While working for Bellator, “Stitch” will not be prevented from seeking sponsors to wear and will also continue to work boxing events, with high profile clients the likes of Andre Ward, Vitali Klitschko and Wladimir Klitschko.