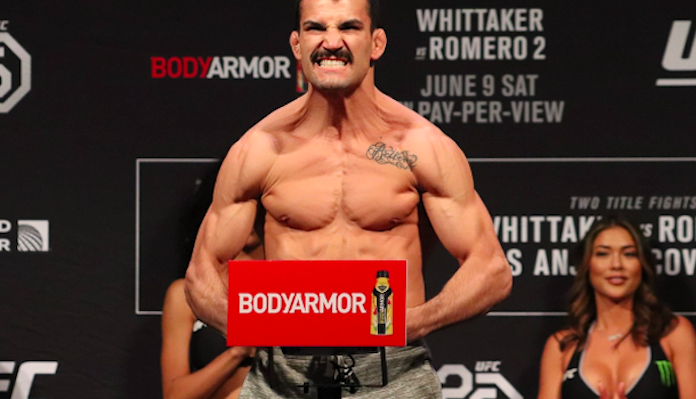 Mirsad Bektic admits after losing to Josh Emmett in July it was hard for him mentally.

Bektic made his return to the Octagon for the first time in over a year after multiple injuries and a canceled fight to Renato Moicano at UFC 231. After the loss, Bektic started to reflect on the past year and admits he was in a dark place.

“I’m a big reflection guy, and as I reflected on the last fight and I saw a lot of things. I don’t want to say my whole life was miserable but it was a difficult time for me, coming off the injury and the Moicano fight being canceled. Everything seemed downhill from there,” Bektic said to BJPENN.com. “Especially after the Moicano fight got canceled. Then I got surgery on my toe and coming off that surgery and jumping back into camp. I’m not going to lie, it was a very dark time for me. I wasn’t surprised I lost. I felt great on fight day but I’m not surprised. That’s probably the best way to describe it.”

Now, Mirsad Bektic will fight for the first time in 2020 when he battles Dan Ige on the main card of UFC 247. The 28-year-old said he could have returned sooner but wanted to fight in North America.

To get on the main card of a pay-per-view of a Jon Jones headlined event is something special for Bektic, after the difficult times.

“To be on this main card is pretty cool. Reyes has a lot of hype behind him and poses a threat to Jon Jones. I’ve had some hype behind me for a long time and been on some pretty big cards. It feels great,” he explained. “It is just getting used to that time slot and the fight after this will be even bigger.”

For Bektic, he has put the dark times past him and says training camp went well at Tristar in Montreal. He works under Firas Zahabi and trains with the likes of Kevin Lee, Arnold Allen, and Georges St-Pierre so he is confident heading into this bout against Ige.

Against Ige, Bektic believes he is better everywhere and expects to be the first person to finish Ige.

“I see it playing out with me getting my hand raised. I see a lot of weaknesses in Ige. In the overall version, I know I’m better everywhere,” Bektic said. “It won’t be easy, but I see myself winning and see myself finishing the fight. We are prone to losing but if I finish him that would be sweet.”

Should Bektic get his hand raised he will most likely be ranked. But, for him, that is no longer the most important part. Instead, he knows being healthy and fighting often in 2020 is what he is focusing on.

“The first thing I’m worried about is Saturday. Just be healthy, get this fight under my belt and three fights would be amazing,” he concluded.

Who do you think will win the fight between Mirsad Bektic and Dan Ige at UFC 247?