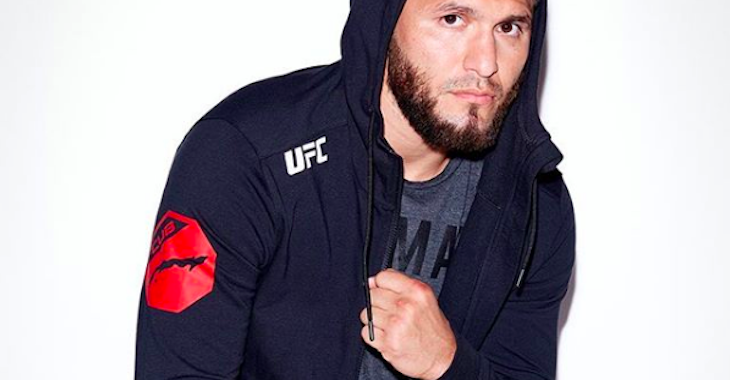 On November 4, on the main card of the stacked UFC 217, fourth-ranked welterweight contender Jorge Masvidal will take on the division’s number-two fighter, Stephen ‘Wonderboy’ Thompson.

This bout will serve as Thompson’s opportunity to rebound from back-to-back failed title bids opposite reigning champion Tyron Woodley – the first being a majority draw, the second being a majority decision. Though Thompson performed admirably in these undeniably competitive fights, he failed to pull the trigger in either battle, opting instead to hang back and wait for opportunities to counter.

Apparently, Masvidal is worried he might encounter the same conservative version of Thompson at UFC 217. He shared this worry on the latest episode of BJ Penn Radio.

“The moments of inactivity,” Masvidal said of his biggest concern heading into this UFC 217 fight. “The moments [in Thompson’s fights with Woodley] where nobody was really doing anything, where one was waiting for the other to counter.”

“That is our number-one concern, that he gets on his bike,” he continued. “He’s pretty good at getting on his bike, and just keeping it at a stalemate, you know? Keeping it at that outside, outside distance. I don’t want that to happen. Not just for me, but for the fans.”

While this is a legitimate concern for Masvidal, he does believe he can avoid the issue with the proper game plan.

“Those are moments that I could bring to my advantage, that I could do a lot of things with,” he said. “That’s what I’m hoping to do, just not have those stalemates, those defensive stalemates. Just get in his face, keep it there and not let him breath.”

“I’ll tell you this much,” he continued. “I’m a fighter. I’m not a grappler, I’m not a striker, I’m a fighter, and I do what it takes to win. I’ve invested so much in this sport that every path that this fight could take, I’m better than him at. There’s maybe just one range that he’s better than me at, and that’s side-kick range. After throwing side-kicks, it’s all down hill from there, because I could shoot, I could punch, I could knee, I could elbow. I can fight in all the ranges. It’s what I’ve been doing my whole life, I’ve dedicated my craft to this. He dedicated his craft to kickboxing and karate and then eventually switched on over. I’ve got a lot of experience in places he’s never been, not even in practice.”

Do you think Jorge Masvidal will take out Stephen Thompson at UFC 217?