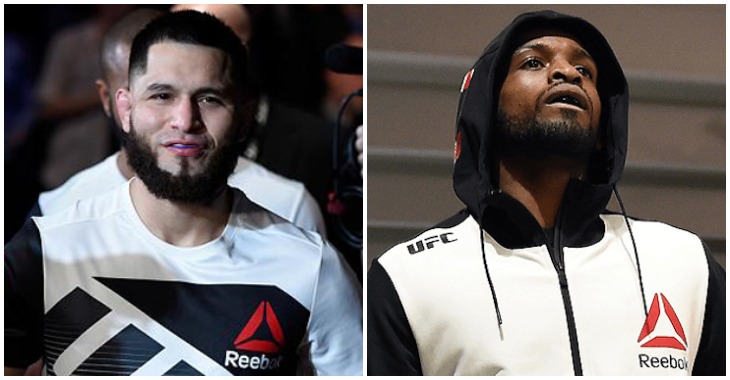 Ever since his thunderous, second round knockout of Donald “Cowboy” Cerrone back in January, Jorge Masvidal has had a difficult time finding a willing opponent for his next fight – and that’s not for lack of trying. Over the last few weeks, the Cuban contender has made several callouts on social media in attempt to get a fight booked. His latest callout was directed at Neil Magny.

At first, Magny seemed to be down with the notion of this scrap. According to Masvidal, however, Magny refused to put pen to paper, citing an injury that will keep him on the shelf for some time.

Masvidal explained the situation on the latest episode of BJ Penn Radio.

“On social media he’s like ‘yeah, I’ll fight you’. I forget what he was saying, but he was saying that he would take me up on the $200,000 bet. Then when [matchmaker] Sean Shelby calls him, he says ‘oh I’m injured indefinitely.’ What the f*ck? You know what I’m saying? What the f*ck…”

“Once he thinks there’s actually a fight happening, he’s gone cold turkey. He don’t want nothing to do with it. The dude said something about a hand injury or something. I wish him a speedy recovery if that’s the case. If he’s truly hurt, God be with him and I hope he recovers, but how are you on Twitter using your hands to type, talking about how your hand is hurt?”

Would you like to see a Jorge Masvidal vs. Neil Magny fight? Sound off, PENN Nation!