Johny Hendricks says the door is still open for a return to the UFC.

Hendricks is a former UFC welterweight champion who last fought in 2017 where he suffered a TKO loss to Paulo Costa. He announced his retirement from MMA in June of 2018 but had one bare-knuckle fight after.

Since then, Hendricks has seemingly disappeared from the MMA world as he isn’t seen at fights or doing much media. He says he doesn’t watch many events and instead just helps train and coach amateurs or fighters he knows. Since doing that, Hendricks admits the itch to compete has returned. But, he says there is only one way he will return to the UFC and that’s if he can fight at 175-pounds.

“I know I can’t make 170 anymore, I had my body shut down too many times. Right now, I’ve been lifting weights and staying in shape and training my guys,” Hendricks said to BJPENN.com. “But, if they introduced a 175-pound division I’d be there and fight again. I’m too short to be a middleweight. Like I can do okay at middleweight but it would have to be good matchups for me. At 170 I can’t make it.” 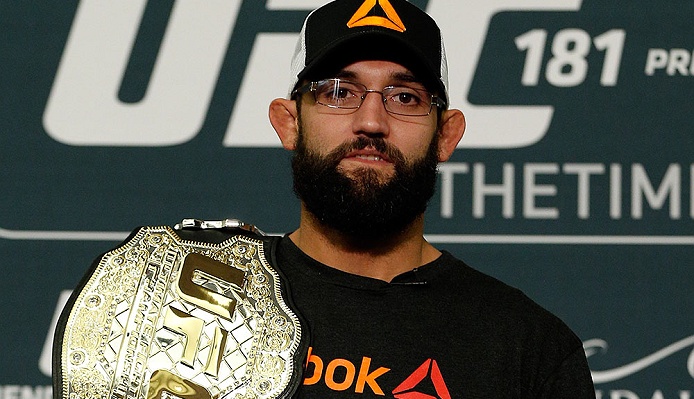 Although Hendricks hasn’t competed in two and a half years, he still is only 36-years-old and training every day. So, he says if he gets the right offer at 175-pounds, he would fight again.

Hendricks doesn’t know when he will return, if ever, but he’s keeping his options open. He does know if he comes back, it will be in the UFC and not in bare-knuckle.

“The bare-knuckle thing. I thought I would be fighting a good striker but I went through six opponents, my flight was changed. It was a pain in my butt. But, if you look at those guys, they are getting cut a lot and they break their hands a lot. I don’t want to break my hands every fight, I don’t want to get cut,” he said. “There are easier ways to make a living. The likelihood of that happening in the UFC, like all those cuts and broken hands are slim, you get maybe one time a night. The UFC is a lot safer than bare-knuckle.”

For now, Hendricks will continue to train his guys and see if the right offer comes to end his retirement and make the walk to the Octagon again.

Would you be interested in seeing Johny Hendricks fight again?