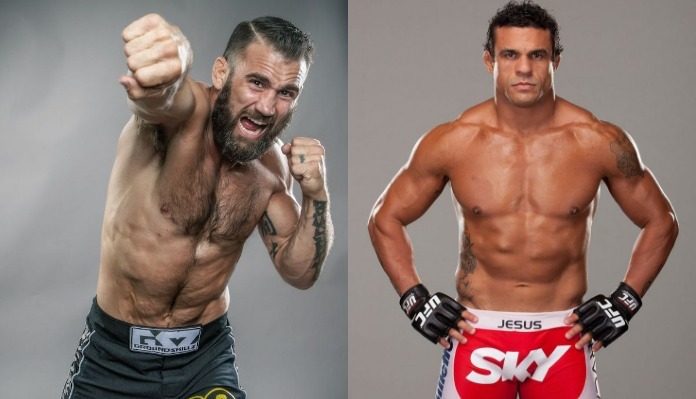 Phil Baroni’s next challenge will occur in October, when he steps into the ring for a bareknuckle bout with a fellow veteran Chris Leben.

For Baroni, this bareknuckle battle with Leben, a durable, ferocious, bona fide fighter, is just what the doctor ordered. Yet this isn’t the only prospective scrap that interests Baroni.

“I’ve been looking for the right fight for a long time,” Baroni said. “I don’t want to fight bums or nobodies, I wanted…  in MMA, I want to beat up Belfort next. In boxing, bareknuckle, there’s nobody tougher than Chris Leben. Who can you think of tougher than Chris Leben to fight in a bareknuckle fight? I mean, the guy’s a fucking cement, cinder block head, he fucking hits like a ton of bricks … I mean, that’s a dangerous, scary motherfucker. And that’s why it piqued my interest, same thing if I could beat up Belfort. Not the bitch Belfort that everyone’s beaten up, I want the TRT Belfort when it comes back. I want big fights, tough fights, fights that matter against guys that matter.”

Baroni then riffed on the appeal of his bareknuckle fight with Leben.

Who do you want to see Phil Baroni fight in the future?