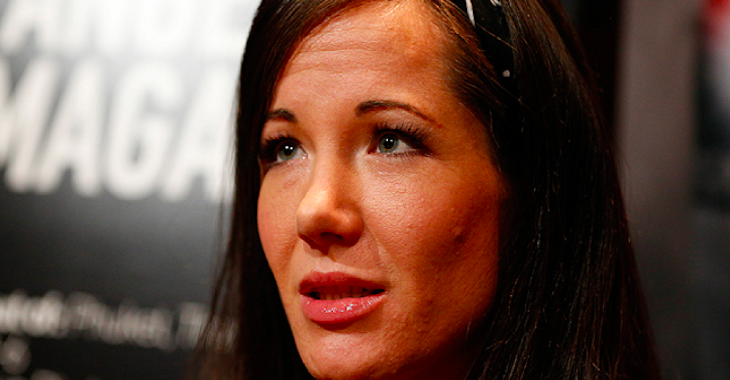 Angela Magana, a veteran of MMA’s women’s strawweight division, is well acquainted with her haters. While she’s got a legion of loyal followers, her outspoken attitude assures she receives plenty of backlash too.

That said, Magana has never let her haters get to her. Believing that she’s just a bit misunderstood, she chooses instead to dismiss them and keep being herself.

“I’m so misunderstood, but who wants to be understood by the asses?” Magana said on the latest episode of BJ Penn Radio “Who wants to be misunderstood by the masses? I don’t. Like I give a fuck what anybody thinks about me. People who know me, who’ve ever interacted with me, ask anybody who has ever actually met me and had a conversation with me. They fucking love me. Everybody else can believe what they want online.”

“All these people, they’re unhappy because they go to nine to five jobs, they live in their safe zone, and they’ve never dared to venture out and do something like fighting, or do something where they might lose in front of a million fucking people. So the fact that I can have the balls to venture out and do those things, and get on a stage like that, or say what I want… I’m not like fucking Paige VanZant. They already told us that they want a good role model. When I was on TUF 20, they were like, “If you wanna be [the next] Ronda Rousey, be a good role model. Don’t be the bad girl.” I was like, ‘I’m just gonna be me, fuck it.'”

Angela Magana last fought at UFC 218, when she came up short against Amanda Bobby Cooper – though she feels the stoppage might have been premature.

What do you think is next for Angela Magana?