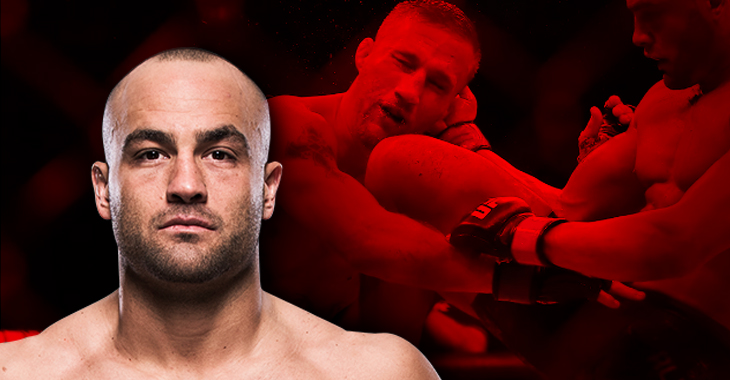 “He’ll recover within like a quarter second and then you’ll be in a whole ‘nother fight again. That’s the kind of animal Justin Gaethje is.” pic.twitter.com/3xPMBImfJ0

There wasn’t a gold belt on the line in Eddie Alvarez’s Fight of the Night with Justin Gaethje at UFC 218, but there was another title up for grabs: The UFC’s Most Violent Fighter. …And these two sure fought like Dana White was going to wrap that strap around one of their waists. Eddie Alvarez and Justin Gaethje didn’t bother with takedowns, they just stood and threw blows until one of them fell and couldn’t get up. After a grueling and bloody war, Alvarez landed a perfect knee and crumpled the former WSOF lightweight champion. Both have been outside of the public eye healing, but Alvarez popped up on Instagram to relive the moment with fans and talk through the knockout.

When the knee connected, for sure I didn’t want to hit [Justin Gaethje] anymore. It landed super clean. No need to do anymore but I put my hands up and then Herb [Dean] just wanted me to continue, so I continued but for sure I didn’t want to continue. That was a super, super hard knee. But you really can’t give a guy like Justin Gaethhe a split second because he’s the type of dude that he’ll recover within like a quarter second, then you’ll be in a whole ‘nother fight again. That’s the kind of animal Justin Gaethje is. So, for sure if you hit him hard you gotta’ blast him and finish because it ain’t gonna’ be long before he’s in your face again trying to kill you.” — Eddie Alvarez via Instagram live.

If all of this wasn’t good enough, the incredible battle with Justin Gaethje was Eddie Alvarez’s second to last fight on his contract. He is eyeing one big, mega fight to close out his contract and hopefully sign a lucrative new deal with the UFC. It will be interesting to see just what happens next for The Underground King. While his performance could easily grant him a title shot, there’s a lot of congestion at the top and the interim UFC lightweight champion is waiting for Conor McGregor. While a rematch with McGregor seems out of reach, you can’t help but think it’s on his mind now that he’s fought himself back up to being the third ranked 155-er in the world.