“You could just kind of tell by my performance [if the incident messed me up]. Everything I said after in the press conference, is kind of like, you know, my feelings on the issue.

It just sucks because that’s the question that’s always going to be asked especially throughout the day. And it’s like…look what I did.”

Although Namajunas didn’t suffer any injuries like UFC 223’s Michael Chiesa and Ray Borg, she was still shaken up mentally by the incident as she was very close to the window that McGregor attacked.

When McGregor contacted the champion to try and apologize, her response was short and simple as her and longtime boyfriend and former UFC heavyweight, Pat Barry told Isaac Feldman of the Outside the Cage podcast: 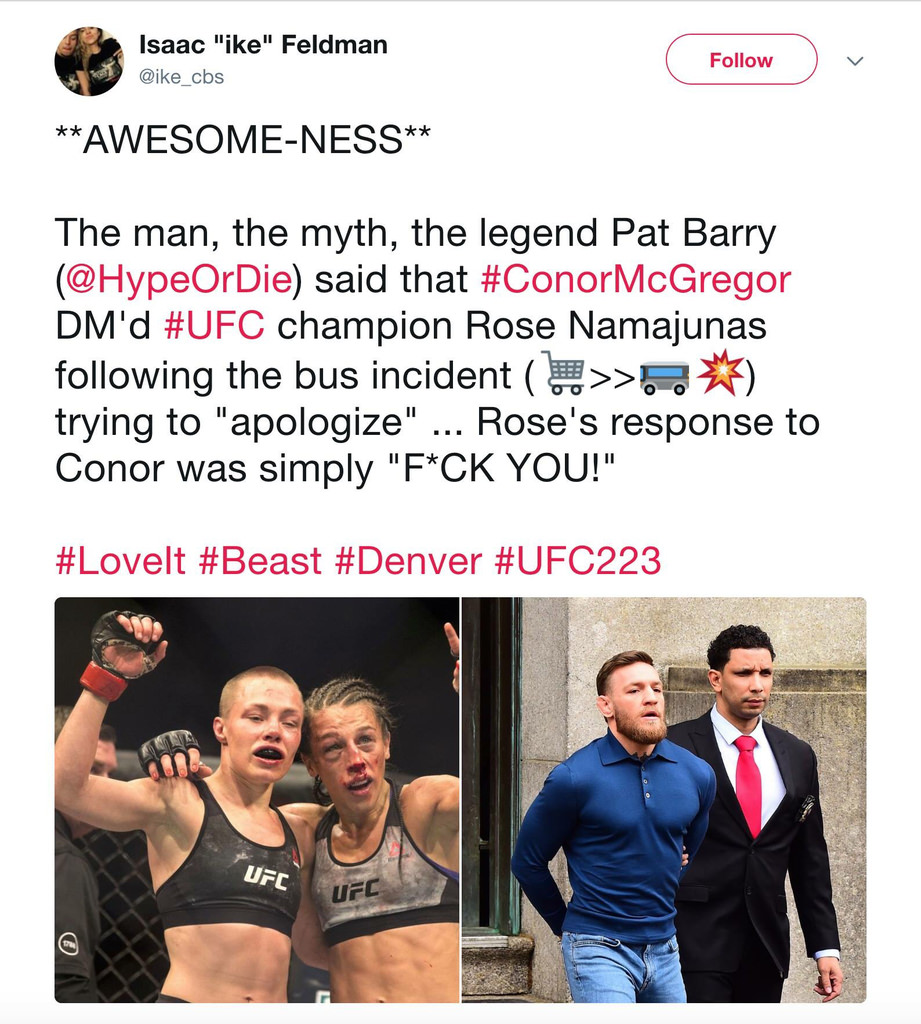 No, unfortunately recorded an hour before this quote. The great @BryanFonsecaNY can confirm. Other MMA goodies w/ Pat and Rose will be uploaded tomorrow on the full @_OutsideTheCage podcast (@Cody_Nolove in-studio as well)

Namajunas was a part of the UFC 223 co-main event as she defended her title against the woman she took the title from at UFC 217, Joanna Jedrzejczyk. It was reported soon after the bus incident that she was upset enough by the situation that she contemplated pulling out of the fight and just heading home.

Following the whole situation, McGregor was arrested and stripped of his lightweight title once Khabib Nurmagomedov and Al Iaquinta fought in the main event of the same event that McGregor attempted to(and did) sabotage.

Both Chiesa and Borg have had their fights rebooked since McGregor cost them of their initial dates at UFC 223. Unfortunately for Borg, he pulled out of his rebooked fight with Brandon Moreno after complications with his newborn child.